Personal interviews and press releases continue to be the most important sources for journalistic investigation. This was the outcome of the major survey of journalists "Journalism Research 2018: How German journalists research today" carried out by the dpa subsidiary news aktuell. 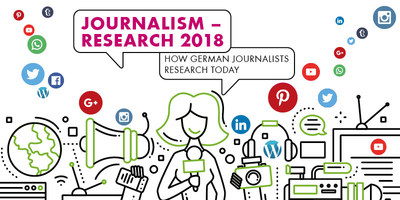 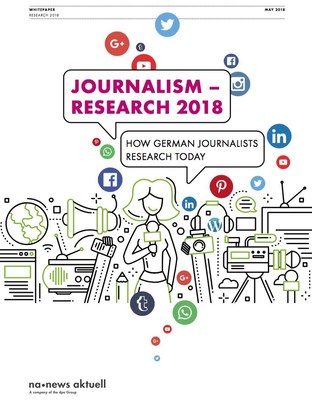 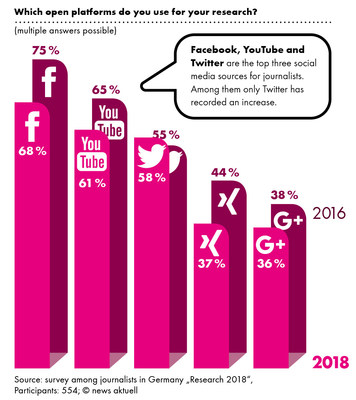 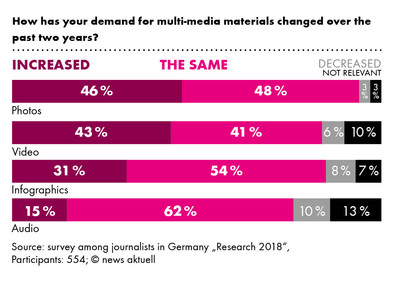 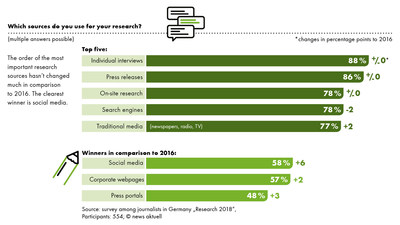 Thus, for the overwhelming majority of those surveyed the personal interview continues to be - or is once again - the most important source for their day-to-day research (88 per cent). Press releases are seeing undimmed vitality as well, with 86 per cent saying that they make use of press releases for their research. Almost every fifth journalist believes that their significance has even risen over the past two years (18 per cent). Among journalists younger than 35, company press releases are even the most important source of information (92 per cent).

A small selection of further results of the survey:

The full results of the survey are available as a whitepaper free of charge: https://www.newsaktuell.de/academy/wp/research-2018/

news aktuell, a subsidiary of Deutsche Presse-Agentur (dpa), employs over 135 people. The Germany-based company prepares PR content, provides large-scale coverage and offers innovative tools for daily work. news aktuell operates offices in Hamburg, Berlin, Duesseldorf, Frankfurt and Munich. Its three big products ots, zimpel and studio achieve these aims. news aktuell ensures that companies and PR agencies reach the right people, in the right place, at the right time, with the right content. Communications specialists from all over Germany rely on the expertise of the dpa subsidiary.