DUBLIN, July 13, 2021 /PRNewswire/ -- New research from Irish medical device company, Neuromod Devices Ltd, has found that more than three quarters of people suffering from tinnitus in the United Kingdom have never received any treatment for their condition. The poll also revealed that 67% of UK tinnitus sufferers don't feel adequately informed about their condition.

This news comes as Neuromod Devices has launched its tinnitus treatment device, Lenire® in the UK, where it is estimated that seven million people suffer from tinnitus – commonly referred to as 'ringing in the ears'. 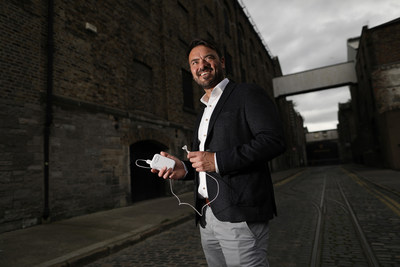 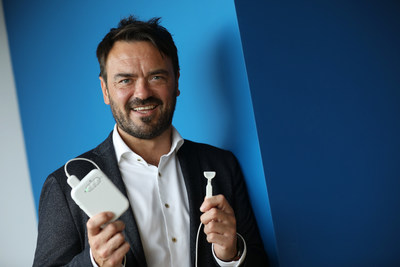 The research, which polled 251 people with tinnitus across the UK, found that 76.1% of respondents have never used any form of tinnitus treatment. It also revealed that 67.7% of those polled don't feel adequately informed about tinnitus. This translated as 12.7% of respondents who didn't feel informed at all about their condition; 22.3% feeling somewhat uninformed and 31.5% who were unsure about how informed they were about their tinnitus.

The poll also asked respondents about their awareness of treatment options open to tinnitus patients and found that 28.3% of respondents didn't feel informed at all about their options and a further 30.3 said they were 'somewhat uninformed'.

Speaking on research, Dr Ross O'Neill, CEO of Neuromod Devices said: "Our poll shows that there is a clear gulf in knowledge of tinnitus treatments in those suffering from this debilitating condition. This may stem from the fact that so many people with tinnitus never seek any form of treatment for it. Recent research has told us that tinnitus is a symptom of long-COVID and we now know that the COVID-19 pandemic has taken a toll on people who have tinnitus."

"In addition, a recent study led by Anglia Ruskin University, Cambridge, found that 46% of tinnitus sufferers in the UK reported a worsening of their tinnitus during the COVID-19 pandemic[i]. With Lenire, our goal is to improve the quality of life of those suffering from tinnitus and this is what motivates us to bring this treatment to as many people as we can. The results of large-scale clinical trials, involving more than 500 participants, are very positive, as are the real-world outcomes for our patients in Europe so this is a very exciting time for the company."

The Lenire tinnitus treatment device is available to people with tinnitus through The Tinnitus Clinic's network of seven locations across the UK or online via the company's Neuromod Medical tinnitus telemedicine service.

Tinnitus affects between 10 and 15% of the global population and the British Tinnitus Association estimates that more than seven million people suffer from this condition in the UK alone[ii].

Dr Ross O'Neill continued: "I am absolutely delighted to launch Lenire in the United Kingdom and to begin treating tinnitus patients with the device. Interest in Lenire from the UK has been strong, so in order to best serve those with tinnitus in the UK, it is important to provide patients with the best treatment option for them, whether that's an in-clinic assessment or one they can do online via telemedicine. This is why working with The Tinnitus Clinic is a great fit for us. The Tinnitus Clinic and Neuromod share the goal of providing evidence-based and clinically proven treatments to those afflicted by tinnitus. I look forward to working with their accomplished team".

Mark Williams, Chief Audiologist for the Tinnitus Clinic said: "We are delighted to be partnering with Neuromod to introduce Lenire to the UK. It is a novel, but evidence-based treatment which we are pleased to be providing alongside the suite of treatments which are currently available from the service."

Patients in the United Kingdom can also opt to have tinnitus assessments online via Neuromod's telemedicine service, which launched earlier this year and has had over 1,000 people use the service to date. The service is delivered through Neuromod Medical, a centre of excellence for tinnitus care, based at the Hermitage Medical Clinic in Dublin, Ireland, and aims to provide patients with quick access to tinnitus care, without waiting lists.

With this service patients can get assessed, fitted for the Lenire device and complete follow up appointments with their healthcare professional via a video call from the comfort of their own homes, using a mobile device or home computer.

Neuromod has been advancing the commercialisation of Lenire across Europe having opened its German office in Forchheim, Bavaria last year. Since then, the company has made Lenire available to patients in Germany by taking on 57 partners who make the device and its treatment plan available in 96 clinics throughout Germany. Neuromod also has three partner clinics in Austria.

Lenire is prescribed and fitted under the supervision of a qualified healthcare professional who specialises in the field of tinnitus treatment such as audiologists and Consultant Otolaryngologists or ENT (Ear, Nose and Throat) surgeons.

Founded in 2010, Neuromod Devices Ltd is a medical technology company headquartered in Dublin, Ireland. Neuromod specialises in the design and development of neuromodulation technologies to address the clinical needs of underserved patient populations who live with chronic and debilitating conditions. The lead application of Neuromod's technology is in the field of tinnitus, where Neuromod has completed extensive clinical trials to confirm the efficacy of its non-invasive neuromodulation platform in this common disorder. Neuromod's tinnitus treatment device, Lenire is currently available in Ireland and throughout Europe. For more information visit www.neuromoddevices.com.

Lenire is the first non-invasive bimodal neuromodulation tinnitus treatment device shown to soothe and relieve tinnitus in a large-scale clinical trial. Lenire has CE-mark certification for the treatment of tinnitus under the supervision of an appropriately qualified healthcare professional in Europe. Further details on Lenire including a list of providers can be found at www.lenire.com.

About The Tinnitus Clinic Ltd

The Tinnitus Clinic is an independent audiological practice specialising in tinnitus treatment and management and providing hearing aid consultations and fitting.

The clinics offer a highly personalised service and a commitment to audiological best practices for tinnitus treatment and hearing loss from centres in Harley Street, London, and across the UK. Tinnitus Clinic is one of the few private audiology clinics that has been registered by the Care Quality Commission in the UK.  Further details can be found at www.thetinnitusclinic.co.uk