NEW YORK, Oct. 10, 2017 /PRNewswire/ -- To celebrate China's National Day, Nanchang Municipal Committee for Tourism Development brought some music to New York which people would stop their feet on Times Square, to enjoy a feast of music.

The cheerful jazz, the passionate "March of the Volunteers", and the loud and clear "heroes hymn" resounded through the city. The symphony flash mob shows the charming Chinese and Western music as well as the beauty of Nanchang. 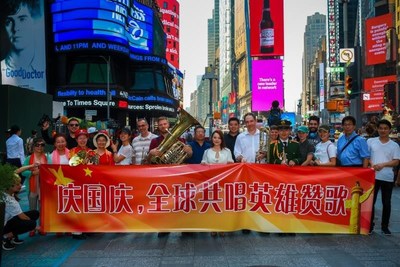 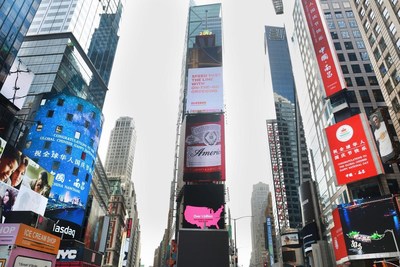 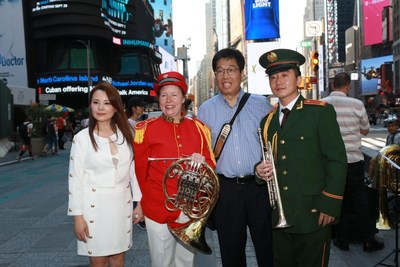 The year of 2017 is an important landmark in Chinese history, the August 1st Nanchang Uprising, the 90th anniversary of the founding of the People's Liberation Army and the 68th anniversary of the founding of the People's Republic of China. Nanchang Municipal Commission for Tourism Development advertised Nanchang city abroad for the first time, on the purpose of sending goodwill to China and showing the charm of Nanchang city. Based on the Military Tattoo, they added some new features such as the Nanchang advertising video and the posting of places of interests. The flash mob of Nanchang Military Tattoo is not only a linkage of the domestic and overseas markets, but also a new act of presenting Nanchang hero culture to the world for building the " Nanchang city of hero ".

Military music is vigorous and smooth, and it gives a strong purpose and encouragement to the people. The symphony is an elegant art category, "March of the Volunteers", the national anthem, is at the heart of the overseas Chinese. The "heroes hymn" presents the image of the heroic Chinese people fighting for their country. All the heroic culture is in the red genes of Nanchang - as times go by, the country grows stronger.

By the time that people fight for a well-off society and achieve the great dream of China, people also always remember the spirit of the revolutionary predecessors struggling to defend the motherland.

The Nanchang International Military Tattoo brought an unforgettable audio-visual enjoyment. They hope that more people come to visit Nanchang. People are supposed to cherish our peaceful life, and remember the historical mission, to fight for the great rejuvenation of the Chinese nation to work hard to show what people can do.