Not only was the Republic of Moldova the undisputable leader among Eastern Europe's wine-producing countries, but it ranked seventh over-all in a competition that included 7,500 wines from 45 countries. 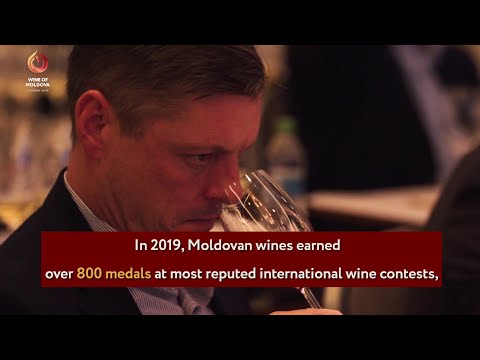 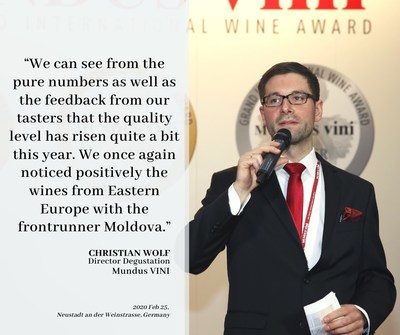 Moldovan wines also drew raves from competition directors, with Christian Wolf of Mundus Vini noting that judges were "impressed again with the wines from Eastern Europe, especially the front-runner Moldova. "

With a winemaking tradition dating to 5000 BC, Moldova have long had a reputation for quality vintages. But its wines have been earning even more accolades recently, thanks to a campaign to embrace Western standards.

The National Office for Vine and Wine, which manages the wine sector, has led the reform, with the support of international development partners. Now, two-thirds of Moldovan wineries are able to produce vintages that meet a European authenticity standard known as Protected Geographical Indication (PGI), which means their origin in a particular region and quality can be guaranteed.

With more Moldovan wines meeting the PGI standard, the country's vintages earned over 800 medals in global competitions in 2019 alone – 300 of them gold. This helped spark a 9 percent surge in Moldovan wine exports in 2019. The industry sent 157 million liters to more than 70 countries.

A key reason for Moldovan wines' uniqueness is that 10 percent of the country's vineyards produce varieties that originated in Moldova. They include Feteasca Neagra, Feteasca Alba, Feteasca Regala, Rara Neagra, Viorica, plus blends of these varieties and international grapes. Of the 20 varieties that Moldova entered in the Mundus Vini competition, Feteasca Neagra wines were the biggest hit with judges, winning 16 medals.

The routes include the renowned wine cellars Cricova and Milestii Mici, which the Guinness Book of Records lists as the underground storage area with the world's largest number of wine bottles. In addition to Cricova and Milestii Mici, the famed travel portal Lonely Planet is featuring a number of other one-of-a-kind wine tourism sites in Moldova.