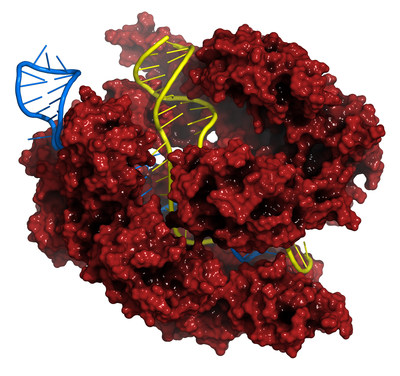 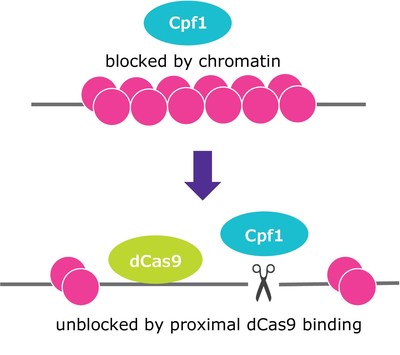 This new technique, called "proxy-CRISPR," provides access to previously unreachable areas of the genome. Most natural CRISPR systems, found in bacteria, cannot work in human cells without significant re-engineering. However, proxy-CRISPR provides a rapid and simple method to increase their usability without the laborious need to re-engineer native CRISPR proteins.

"With more flexible and easy-to-use genome editing technologies, there is greater potential in research, bioprocessing and novel treatment modalities," said Udit Batra, Member of the Merck Executive Board and CEO, Life Science. "As a leader in genome editing, Merck's new technology is just one example of our commitment to solving challenges in the genome editing field, and we will continue to make CRISPR research a priority."

Merck's research on proxy-CRISPR, "Targeted Activation of Diverse CRISPR-Cas Systems for Mammalian Genome Editing via Proximal CRISPR Targeting," was published in the April 7, 2017 edition of Nature Communications. The article explains how to make CRISPR more efficient, flexible and specific by opening up the genome for the cutting of DNA, giving researchers more editing options.

CRISPR genome editing technology is advancing treatment options for some of the toughest medical conditions faced today, including chronic illnesses and cancers for which there are limited or no treatment options. The applications of CRISPR are far ranging—from identifying genes associated with cancer to reversing mutations that cause blindness. CRISPR enables genome editing using an enzyme called Cas9 to cut DNA, but this has limited targeting abilities. This limitation led to Merck's focus on proxy-CRISPR.

Merck has a 14-year history in the genome editing field, and was the first company to globally offer custom biomolecules for genome editing (TargeTron™ biomolecules and zinc finger nucleases), driving adoption of these techniques within the global research community. Merck was also the first to manufacture arrayed CRISPR libraries covering the entire human genome, accelerating cures for diseases by allowing researchers to explore more questions about the root causes. Merck supports development gene- and cell-based therapeutics and manufactures viral vectors, as well. In 2016, the company launched a genome editing initiative aimed at advancing research in this area through a dedicated team and enhanced resources, further solidifying the company's commitment to this field.

The new technology is a follow-on to Merck's existing CRISPR applications. The company's next suite of genome editing tools for the research community, to be launched later in 2017, will include novel and modified versions of Cas and Cas-like proteins.

Merck's CRISPR Epigenetic Activator (p300-Cas9), which advances the way scientists explore epigenetic modification and associated diseases, was recognized as one of the Top 10 Innovations by The Scientist in 2015.

All Merck news releases are distributed by email at the same time they become available on the Merck website. Please go to www.merckgroup.com/subscribe to register online, change your selection or discontinue this service.

About Merck Merck is a leading science and technology company in healthcare, life science and performance materials. Around 50,000 employees work to further develop technologies that improve and enhance life – from biopharmaceutical therapies to treat cancer or multiple sclerosis, cutting-edge systems for scientific research and production, to liquid crystals for smartphones and LCD televisions. In 2016, Merck generated sales of €15 billion in 66 countries.

Founded in 1668, Merck is the world's oldest pharmaceutical and chemical company. The founding family remains the majority owner of the publicly listed corporate group. Merck holds the global rights to the "Merck" name and brand. The only exceptions are the United States and Canada, where the company operates as EMD Serono, MilliporeSigma and EMD Performance Materials.