To celebrate Valentine's Day and bring forward Meitu's mission of inspiring more people in expressing their beauty, Meitu's BeautyCam incorporates Dior's classical style into the new UI with a pink touch, and changes the selfie button into an icon of Miss Dior perfume bottle. 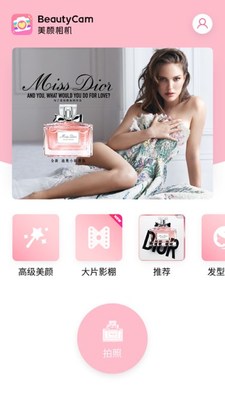 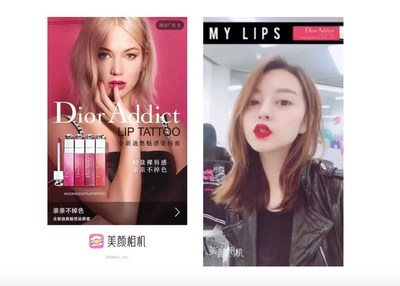 "The cooperation between BeautyCam and Dior marks a new page for a camera app customizing UI design for brands. The design not only adheres to Dior's unique aesthetics and corresponding marketing materials but meets BeautyCam's users' pursuit of beauty and fashion," said Xinhong Wu, founder and CEO of Meitu. He further said that the opening page and homepage icons also bring exposure. After just two days, the new UI has driven a surge of exposure outreach to nearly 250 million audience members and gained about 2.5 million clicks.

As part of the campaign, BeautyCam also launched a UGC (user-generated content) activity on Chinese social media platform Weibo, where users shared their experiences of giving gifts to their loved ones. "I want to be a better self for my loved ones. I want to do what I love and become a lady with personality and charisma," wrote a user on Weibo. "I could feel the luxury when taking selfies with the app," wrote another user.

For Dior, it was not the brand's first time to partner with BeautyCam. When Dior released its Addict lip gloss products in October 2017, BeautyCam also launched a selfie AR "tattoo kiss" feature in its app, where users could try out different lip colors with the AR filter powered by facial recognition technology.

In addition, Meitu has also worked with other luxury brands including GUCCI, MAC and NARS to provide their users with superior fashion experiences. "BeautyCam encourages female users to pursue beauty with confidence," said Xinhong Wu, founder and CEO of Meitu. "Well-designed commercialization does not harm the user experience; rather, it enriches the experience. We've maintained good relationships with high-end luxury brands to bring users more diverse features," said Wu.

Established in October 2008, Meitu is a leading mobile Internet company headquartered in China. With the vision of building software and hardware around "beauty", Meitu has developed a rich portfolio of software and smart hardware products such as Meitu, BeautyCam, Meipai (a short-form video community app) and Meitu Smartphones, which have transformed the way people create and share the idea of "beauty." As of June 2017, Meitu has amassed over 1.5 billion unique users worldwide and engaged 481.3 million MAUs. It has successfully established its influence in overseas markets with more than 500 million users abroad, even launching localized apps and building teams overseas in places such as New Delhi, India; Sao Paulo, Brazil; Palo Alto, California; Singapore and Tokyo, Japan. According to App Annie, Meitu has repeatedly ranked as one of the top eight iOS non-game app developers globally together from June 2014 to January 2017.