- With the #PledgeForPlanet initiative, Mars announces fresh ambition to further cut emissions from its operations in line with the key aim of the Paris Agreement – to limit global warming to 1.5 degrees Celsius

- Mars calls for collective action, including encouraging its major suppliers to commit to science-based emissions targets

MCLEAN, Virginia, Sept. 23, 2019 /PRNewswire/ -- Mars today announced its ambition to accelerate action to tackle climate change, with the launch of its new #PledgeForPlanet initiative. As part of the initiative, Mars is committing to further reduce greenhouse gas (GHG) emissions from its direct operations in line with the most ambitious aim of the Paris Agreement – to limit global temperature rise to 1.5 degrees Celsius. 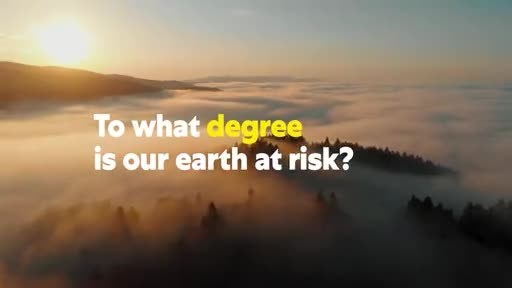 The commitment is part of the ongoing Mars push – first announced a decade ago – to achieve 100% renewable energy in its operations by 2040. Today, Mars sources more than half of its electricity from renewable sources – 100% in countries including the U.S., UK, Mexico and soon, Australia. Mars sees a real role for business in disrupting the effects of climate change, and with #PledgeForPlanet, Mars recognizes we must go farther and faster in order to help create a healthy planet on which we all can thrive.

To this end, the initiative will see Mars accelerate climate action not only within the business, but also by mobilizing its Associates, suppliers and citizens everywhere to pledge to protect the planet and address the causes of climate change.

Mars is calling on all its suppliers to participate through programming such as setting science-based targets, signing on to The Climate Group's RE100, and embracing a future with renewable energy at the center of plans for direct operations. Olam, a Mars supplier of cocoa and certified palm oil, has already signed on.

Mars CEO Grant F. Reid said: "Climate change is a real and tangible threat to society. For example, in our business, we already see it in the risk to livelihoods for smallholder farmers who provide most of our raw ingredients."

"Risks to the resiliency and sustainability of our supply chain and the future of the farmers we work with is top of mind. But, as a family business that thinks in generations and aspires to make a positive difference in the world, our responsibilities and our ambitions go beyond risk mitigation. We are committed to doing our part for the good of the planet."

The new initiative follows Mars' investment of $1bn towards its Sustainable in a Generation Plan to accelerate progress against a range of global threats by looking beyond its own direct operations and into its extended supply chain. The Mars plan also includes a drive towards reducing total GHG emissions across its value chain 27% by 2025 and 67% by 2050.

Mr. Reid added: "As a business, we've set ambitious goals to help deliver on the Sustainable Development Goals by changing the way we operate. We're also inspired by the youth movement demanding climate action and the role of all of us as individuals in driving change. With our #PledgeForPlanet initiative, we are calling for simple, everyday actions that anyone can take today to help create a better tomorrow."

The new initiative highlights the shared responsibility of businesses, governments, and global citizens to take action on climate change.

Actress and singer Victoria Justice, who has previously performed at the Moral Action on Climate Justice Rally and partnered with the UN Foundation, is helping to kick off #PledgeForPlanet by making her own pledge to the planet and signing a public mural commissioned by Mars.

She said: "Climate change is one of the biggest challenges of our current generation but simple actions can make a large impact. That's why I'm joining Mars in making my own pledge to the planet, and using my voice to urge people around the world to do the same. We can all play a role in protecting our planet for tomorrow, and for future generations to come."

The mural, designed by renowned artist Steven Harrington, illustrates what the world could look like if we all took urgent climate action to keep the planet from warming beyond 1.5 degrees Celsius. It will be on public display in the heart of New York City during Climate Week at Bryant Park (see visual) before moving to M&M'S World Times Square.

Harrington, who has previously worked with a number of businesses to develop artwork aimed at provoking conversation and inspiring climate action, commented: "It's easy for people to feel overwhelmed or helpless when thinking about climate change, but that doesn't have to be the case. If we all commit to individual actions – big or small – we can together make a huge impact. Through the #PledgeForPlanet mural, I want to help engage and inspire people to think about climate change, and to see the hope that we can have in our planet if we all unite together to take urgent action."

Note to Editors: The mural will be located at Bryant Park on Sept. 23, before moving to the M&M's World store in Times Square (1600 Broadway, New York).

First Supplier to Join Mars in #PledgeforPlanetSunny Verghese, Co-Founder and Group CEO, Olam: "The increased rate and severity of weather events hitting the world today shows we must continue to accelerate our actions to tackle climate change. We welcome the #PledgeforPlanet from Mars and look forward to collaboration across the sector. For Olam's part, we are re-imagining how we farm, source and process ingredients in order to minimise our impact and partner with farming communities to adapt to climate pressures."

Support from the Community for #PledgeForPlanetCarter Roberts, President and CEO of World Wildlife Fund (WWF): "When it comes to being a leader in advocating for climate action and addressing the climate crisis, few companies have a longer record than Mars and today's announcement highlights that commitment. Mars has stepped up to recognize that we must limit global warming to 1.5 degrees and they are bringing the power of their entire operation and value chain to bear in that fight. WWF will continue to work with Mars to achieve these ambitious emissions reductions and goals."

Amy Davidsen, The Climate Group: "Mars was the first pioneer in the US to commit to 100% renewable power through RE100. Five years on, by encouraging its suppliers to join the initiative and set bold science based targets, Mars continues to lead by example. As well as helping to combat climate change, switching to 100% renewables makes business sense – Mars knows its future competitiveness relies on efficient suppliers powered by clean energy. Now we need thousands more companies to follow."

Mindy Lubber, CEO and President, Ceres:  "Mars' new #PledgeForPlanet initiative reflects the urgency of climate crisis and should be applauded. With this bold new plan, Mars continues to lead on efforts to tackle climate change and spur others to scale up action to reduce emissions and invest in renewable energy. Ceres is proud to partner with Mars as we work to achieve a 1.5 degree world and create a zero-carbon future."

Tom Murray, Vice President, EDF+Business: "We're encouraged by Mars and the growing number of business leaders committed to increasingly ambitious climate action, and in particular by their efforts to engage suppliers and customers in the fight. To win, businesses large and small must take swift action to reduce their carbon footprints, accelerate the transition to 100% clean energy, and support policies that limit greenhouse gas pollution."

About Mars, IncorporatedMars is a family-owned business with more than a century of history making diverse products and offering services for people and the pets people love. With more than $35 billion in sales, the company is a global business that produces some of the world's best-loved brands: M&M's®, SNICKERS®, TWIX®, MILKY WAY®, DOVE®, PEDIGREE®, ROYAL CANIN®, WHISKAS®, EXTRA®, ORBIT®, 5™, SKITTLES®, UNCLE BEN'S®, and COCOAVIA®. Mars Associates proudly take care of half of the world's pets through our nutrition, health and services businesses such as Banfield Pet Hospitals™, BluePearl®, Linnaeus, AniCura, VCA™ and Pet Partners™.  Headquartered in McLean, VA, Mars operates in more than 80 countries. The Mars Five Principles – Quality, Responsibility, Mutuality, Efficiency and Freedom – inspire our more than 125,000 Associates to take action every day to help create a world tomorrow in which the planet, its people and pets can thrive.

Mars, with SABIC and Huhtamaki, Introduces Recycled Content into... 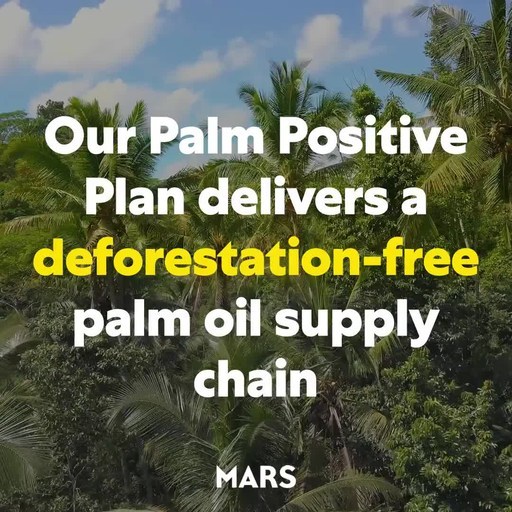