MOSCOW, July 19, 2018 /PRNewswire/ -- Guojiao 1573, the premium Baijiu brand from Chinese liquor manufacturer and distributor Luzhou Laojiao Co., Ltd. (Luzhou Laojiao), MATCH Hospitality confirmed that Guojiao 1573 was the exclusive Baijiu brand provided in the selected Hospitality Areas, marking a major milestone for the internationalization of the distinctive Chinese liquor as well as Luzhou Laojiao's journey to becoming a giant in the global liquor industry. 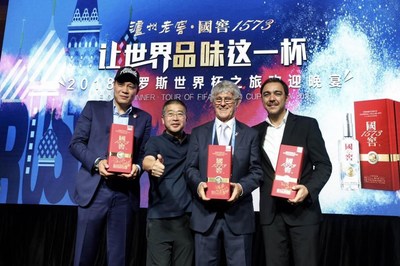 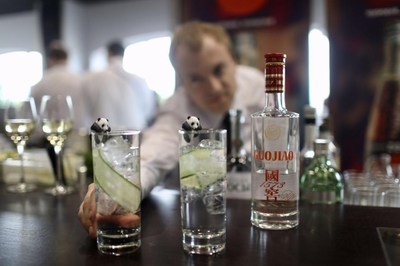 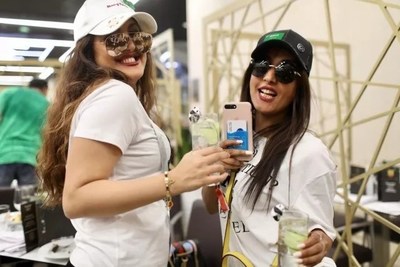 The banquet, held on June 13 at the Four Seasons Hotel at Moscow's Red Square, was a super-realistic Baijiu show orchestrated by famed designer Charles Kaisin to give the world a toast with "Guojiao 1573" in the theme of "let the world experience the refined taste of China".

Guojiao 1573 and a special cocktail, 'Panda 1573' were designed for the 2018 World Cup, both were presented at the event. The 'Panda 1573' was available in the Tsarsky Lounge, Business Seat and Match Pavilion. Local drink-lovers were eagerly sampling the cocktail and the Baijiu which quickly became all the rage among fans and luminaries alike, including ex-Uruguayan footballer Alvaro Recoba, former Chinese national soccer team coach Bora Milutinovic and Chinese soccer star Fan Zhiyi.

"The appeal of the World Cup to Chinese companies actually reflects the growing self-confidence and openness of Chinese companies. In the past, we paid much attention to teams' victory and defeat in World Cup. Actually, sport is only a carrier, and the World Cup stage can better show all aspects of China," said Wang Hongbo. "In this World Cup, the Chinese came, along with Chinese products and Chinese culture. Chinese people's self-confidence is getting stronger and the pace of going global is becoming firmer." remarked Wang Hongbo while being interviewed by the media during the banquet.

The debut of Luzhou Laojiao at the World Cup reflects FIFA's recognition of the company's status as a premier distiller and of Guojiao 1573 as China's top Baijiu brand. World Cup visitors at official hospitality areas can sample Guojiao 1573 or a Panda 1573, and add traditional Chinese Baijiu flavor to the intoxicating game of soccer.

For more information on, visit: http://www.lzlj.com/en