Continues to Catalyse the Development of World Civilisation

HONG KONG, Aug. 24, 2018 /PRNewswire/ -- The LUI Che Woo Prize -- Prize for World Civilisation today announced the three laureates of the 2018 LUI Che Woo Prize. Awarded in recognition of their extraordinary efforts to overcome the most significant issues facing the world, the 2018 laureates are: 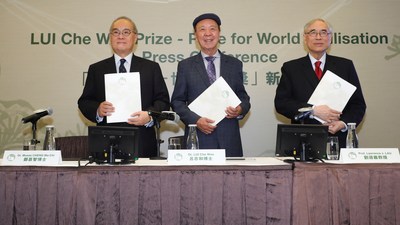 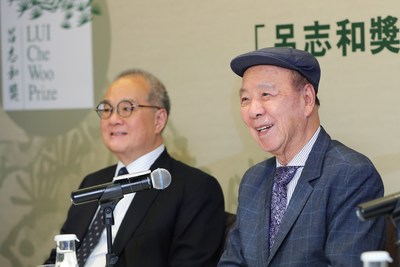 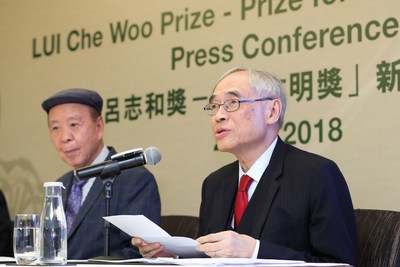 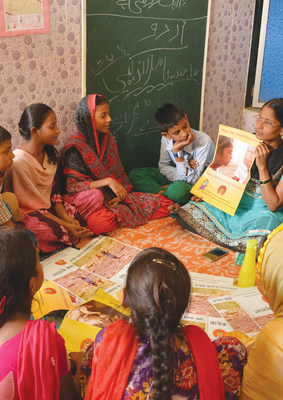 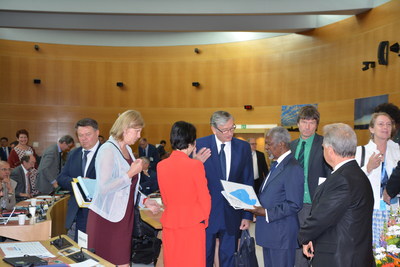 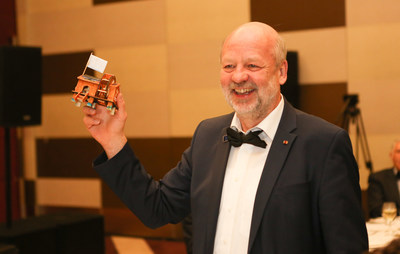 The 2018 Positive Energy Prize -- which this year had the Specific Area of Focus Elimination of Illiteracy -- was awarded to Pratham Education Foundation. Dedicated to improving quality of education and contributing to literacy attainment, Pratham directly helps one million children attain basic literacy and numeracy annually. Profoundly wedded to evidence-based models, it is now one of the largest NGOs in India and focusses on high-quality, low-cost interventions which address gaps in the education system. Through replicable, scalable models that emphasises on result-driven accountability, Pratham is able to achieve lasting and widely influential success in India's educational landscape and beyond, creating an adaptable demonstration model for governments.

Dr. Rukmini Banerji, CEO of the Pratham Education Foundation, said, "We are both surprised and delighted to have won the LUI Che Woo Prize! Our own values and vision of making the world a better, more positive place are very similar to that of the Prize, and this generous honour from an international award will greatly support the work of Pratham in continuing to promote quality education to the children who are most in-need."

The 2018 Welfare Betterment Prize – with Reduction of the Impact of Natural Disasters being this year's specific area of focus – was awarded to World Meteorological Organization (WMO). WMO sets worldwide standards and provides the framework for international cooperation by supporting its 191 member states and territories to implement the adopted policies, leading to better monitoring, forecasting and communication of meteorological hazards on a global scale. Its persistent effort is pivotal in the tenfold reduction in global loss of life from extreme weather, climate and water-related events observed over the past half-century.

Professor Petteri Taalas, Secretary General of the World Meteorological Organization, said, "We are honoured to be recognised by the LUI Che Woo Prize for the Organization's long-term efforts in mitigating disaster losses related to extreme weather, climate and water events. As always, our top priority is to support our members in tackling weather, climate and water-related challenges. With the LUI Che Woo Prize, we will no doubt be even better positioned to lend our leading expertise and crucial support."

The 2018 Sustainability Prize -- this year with the Specific Area of Focus Development of Renewable Energy -- was awarded to Hans-Josef Fell. Internationally recognised as a founding figure of the global renewable energy movement, Mr. Fell has been an environmental pioneer since the 1970s. He founded the world's first energy community to produce solar power in 1994, transforming the market for renewable energy, and successfully fought for the adoption of the Renewable Energy Act in the German Parliament. This law has since been replicated over 100 times around the globe, contributing to changes in renewable energy practices worldwide. Building on his huge success in bringing Germany to be the world's first major renewable energy economy in 2000, he has since then been sharing best practices and negotiating with governments and parliaments worldwide to accelerate the global transition to 100% renewable energy, extending his impact to the global level.

Mr. Hans-Josef Fell said, "Promoting sustainable energy with the goal of transitioning to 100% renewable worldwide has been my life's work. Being awarded the LUI Che Woo Prize is a great honour and will strengthen my future activities to energise people for a sustainable and peaceful world. Thank you very much."

"The Lui Che Woo Prize is sowing seeds of goodwill, hoping to spread the positive energy to a broader audience; yet your support to the Prize and its laureates on carrying on their meaningful works is what is truly instrumental to further broaden its influence."

Looking ahead, the Prize will continue to evolve and to further widen its scope of each prize category, enabling the nomination of more individuals and organisations which have made outstanding contributions across a broad array of diverse arenas.

The nomination period for the 2019 LUI Che Woo Prize will begin in September this year. The process of nomination is by invitation only. The LUI Che Woo Prize will send invitations to more than 1,000 nominators, including heads of universities, academic institutions and professional organisations. Nominations will be considered regardless of race, religion and nationality (for individuals), or place of establishment (for organisations).

For multimedia assets of the event, please download in the following link: https://www.webcargo.net/l/pV5OEyIUW9/

About the LUI Che Woo Prize

Founded by Dr. LUI Che Woo in 2015, the "LUI Che Woo Prize – Prize for World Civilisation" is an annual, first of its kind international cross-sector innovative award for advancing world civilisation and inspiring people to build a more harmonious world. It aims to recognise and honour individuals or organisations all over the world for outstanding contributions and encourages the continuation of that work in three objectives: sustainable development of the world, betterment of the welfare of mankind and promotion of positive life attitude and enhancement of positive energy.

Each laureate received a cash award of HK$20 million (equivalent to approximately US$2.56 million), a certificate and a trophy. Each Prize is awarded to a single recipient, who can either be an individual or an organisation.

The LUI Che Woo Prize is administrated and managed by LUI Che Woo Prize Limited, a charitable company limited by guarantee incorporated in Hong Kong. The Prize Company is led and supervised by the Board of Governors.