SYDNEY, June 15, 2018 /PRNewswire/ -- The curtain will soon close on Vivid Sydney 2018, after an incredible 23 days and nights of Light, Music and Ideas. The lights will go out at 11pm Australian Eastern Standard Time (AEST) on Saturday 16 June across Vivid Sydney's nine precincts which have shone with colour and creativity for the past three weeks. 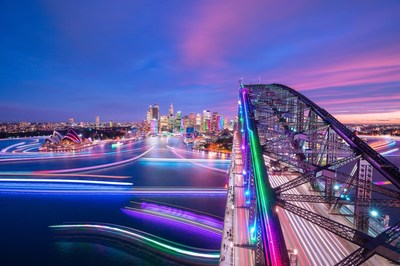 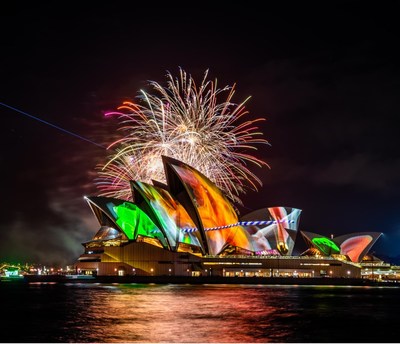 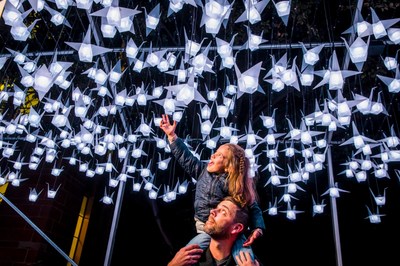 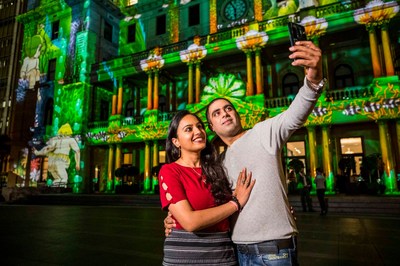 "I'd like to say a huge thank you to everyone who has visited Vivid Sydney from all around the world this year."

Metamathemagical on the iconic Sydney Opera House sails has topped the list for the most Instagrammed Vivid Sydney 2018 installation with its incredible digital light sculpture inspired by recognisable Australian motifs across science, nature and culture.

Crowd pleaser 1000 Cranes in The Rocks shared a message of spreading "hope" and was a hit with festival goers as the second most Instagrammed Vivid Sydney Light feature. The installation invited visitors to walk under a magical canopy of origami cranes as they lit up in a range of photogenic colours. Visitors didn't miss the unique opportunity to capture Australian favourites Snugglepot and Cuddlepie reliving their adventures on the facade of Customs House, with the projection the third most Instagrammed of the festival.

Vivid Sydney Creative Director and Light, Music and Ideas Curators have also shared their most memorable moments for 2018.

"When I first saw the six-metre-tall 'Great Woman', Marri Dyin at Barangaroo, I just thought, 'wow'. Seeing this giant glowing spirit walk towards me, towering above everything - I was awestruck," Mr Jones said.

"For me, the most beautiful thing about The Liminal Hour has been the natural and collaborative way everybody came together to create this contemporary spirit. She embodies the physicality and the philosophy of the land she inhabits - her skin shimmers with the opalescence of oyster shells, her movements are as trees bending in the wind, she regenerates the land with fire in order to provide and she lives close by and is connected to the water."

"I really like the strong narrative that the artists at James Feng Design have developed, which pays homage to the memory of the 'forgotten' Australian children who grew up in care; in orphanages, children's homes, foster care and institutions."

"They've presented the topic in such a beautiful way, that it becomes quite a moving experience for visitors to the installation. You can feel a sense of calmness that descends across onlookers - it's a strong emotional moment and connection for visitors during Vivid Sydney," said Mr Bastic.

"It's been over twenty years since Baz Luhrmann wowed us with Romeo + Juliet so the idea of dressing up in masquerade like the quintessential party scene from the film, and experiencing a very Newtown version of the original soundtrack, was too much to resist," said Mr Ferris.

"The conversation was an edgy debate true to the style of the late great broadcaster. The group really got to the nub of the issue of creativity in schools and I loved the combination of a very topical subject that was sufficiently probed by different perspectives," Ms Loudon said.

Vivid Sydney is the world's largest festival of light, music and ideas and now the largest event in Australia. For 23 days - from 25 May to 16 June 2018 – the event places a spotlight on Sydney and reinforces its position as the home of light, creativity, cutting edge music, engaging conversations and the exchange of new ideas. The festival is owned, managed and produced by Destination NSW, the NSW Government's tourism and major events agency. In 2017 Vivid Sydney attracted a record 2.33 million attendees and injected over $143 million into NSW's visitor economy. For more information visit www.vividsydney.com

An Insider's Guide to Sydney...