NEW YORK and LONDON, Aug. 16, 2018 /PRNewswire/ -- King, a leading interactive entertainment company for the mobile world today announces the launch of Legend of Solgard, expanding its portfolio of games into the popular RPG genre. Developed by Snowprint Studios, this epic, new fantasy adventure sends players to the world of Solgard, where they must find a way to save the world from the icy doom of Ragnarok. 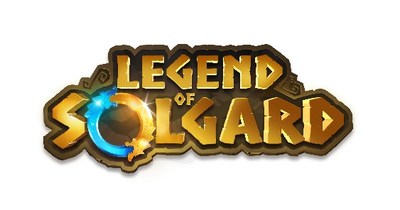 Available to download for free from the Apple App Store and Google Play, players will travel through nine fantastical worlds, where they will need to combat enemies and bosses with the creatures they collect. Inspired by Nordic Folklore, Legend of Solgard is an RPG adventure that follows Embla, the games' protagonist, in her epic fight to stop the end of all worlds and establish her as one of Solgard's most powerful heroes.

Legend of Solgard features a variety of challenges and game modes in which players must rely on different tactics and strategies as they discover an army of colourful creatures, including:

"We're excited to partner with King to launch Legend of Solgard – our first RPG battler. Legend of Solgard combines puzzle combat with character collection in a world rich with Norse Mythology," said Alexander Ekvall, CEO and co-founder of Snowprint Studios. "Our focus has been to offer players a unique and immersive experience, with plenty of depth and personality. It's time to Ragnarok...!"

"We are excited for our first RPG launch in partnership with Snowprint Studios," said Arnaud Loiseau, Vice President of Publishing and Corporate Development, King. "Legend of Solgard expands our portfolio into this popular mobile gaming genre, bringing new and compelling content to our global player base."

To learn more about Legend of Solgard, visit Legendofsolgard.com and like the game on:

King is a leading interactive entertainment company for the mobile world. It had 270 million monthly active users as of second quarter 2018 across web, social and mobile platforms, and has developed more than 200 exclusive games that are enjoyed all around the world through its king.com, Facebook, and mobile distribution platforms such as the Apple App Store, Google Play Store, Microsoft Windows App Store and Amazon Appstore. King was acquired by Activision Blizzard (NASDAQ: ATVI) in February 2016. King has game studios in Stockholm, Malmö, London, Barcelona, Berlin and Seattle, along with offices in San Francisco, Los Angeles, New York, Chicago, Malta, Tokyo, and Bucharest.

Stockholm Sweden-based Snowprint Studios was founded in 2015 by industry veterans with an aim at creating rich mobile gaming experiences which feature worlds and characters capable of entertaining and engaging the everyday player, while fostering strong player communities. Its team members have worked on a wide range of critically acclaimed and commercially successful free-to-play mobile games and AAA games in the past and are using their collective knowledge to deliver well-crafted mechanics, aesthetics and characters to make mid-core games more approachable. For more information on Snowprint Studios go to snowprintstudios.com and follow them on Facebook and Twitter.