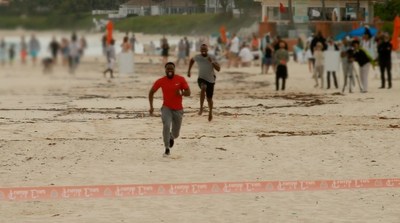 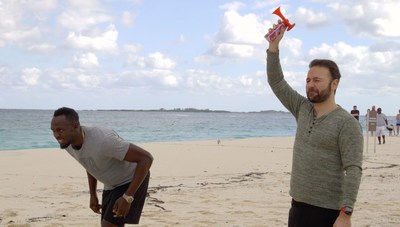 PokerStars has launched the finale of its current #GameOn series, continuing the poker-based feud between the world's fastest man Usain Bolt and Hollywood comedian Kevin Hart. The final challenge in this phase of the series is designed to test the core qualities and skills of poker, by opening with the two mis-matched celebrities competing in a 100-metre sprint followed by a heads-up poker match.

Daniel Negreanu, the world's highest-earning live tournament poker player and member of Team PokerStars Pro, will once again join Bolt and Hart as the game's commentator to provide expert insight and analysis. The stars will also put to the test the poker skills they've been honing since the campaign started in June 2017.

"Usain may be fast on the track but I'm going to be fast taking his chips at the table," said Hart, one of the most successful comedians in the world and star of Jumanji : Welcome to the Jungle.

"The little funny man won't be laughing much longer when I take all his chips at the poker table," said Bolt.

The nearly year-long competition has seen Hart and Bolt try to out-do each other by posting videos to their combined 140 million-strong social media following. The most recent series saw them complete a set of challenges to test the core qualities and skills of poker, including reading opponents, emotional control, and bluffing.

"The #GameOn competition highlights the variety of skills it takes to be a good poker player including endurance, street smarts, bluffing, strategic thinking and reading your opponent," said Eric Hollreiser, Vice President of Corporate Communications at The Stars Group. "At the same time, Kevin and Usain show the tremendous fun and friendly social competition at the heart of poker."

PokerStars operates the world's most popular online poker sites, serving the global poker community. Since it launched in 2001, PokerStars has become the first choice of players all over the world, with more daily tournaments than anywhere else and with the best online security. More than 178 billion hands have been dealt on PokerStars, which is more than any other site.