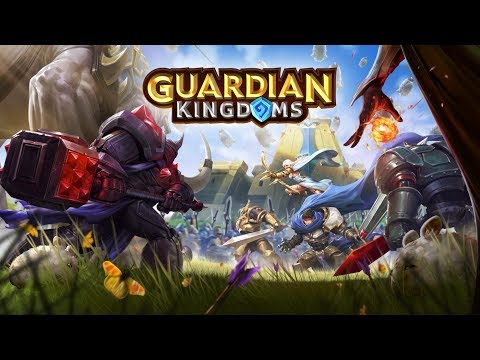 Phoenix One Games is led by a veteran group from Kabam, Blizzard, Electronic Arts, and Zynga. The studio has spent the last few years at Kabam quietly developing an ambitious mobile game, Guardian Kingdoms, and has its sights set on Supercell's unassailable dominance on strategy games.  As Kabam began considering its own sale, the team spun off to launch Guardian Kingdoms under their new studio, Phoenix One Games.

Guardian Kingdoms is built upon ground-breaking technology for competitive team battles, allowing for multiplayer experiences never before attempted at such large scale, on mobile devices. This breakthrough on mobile allows for a true strategy game experience reminiscent of Blizzard classics Warcraft or Starcraft, rather than rival Clash of Clans.

Not satisfied with only revolutionizing the combat system for mobile, Guardian Kingdoms also caters to players who enjoy cooperative gameplay alongside a story-driven quests and massive team raid challenges.

All this culminates in a fresh and uniquely bite-sized MMO RTS experience for mobile that is super accessible, yet with the complexity and depth for the most hardcore gamers.  One player muses: "Given the saturation of mobile games that emphasize social interaction, Guardian Kingdoms is a rare gemstone that brings back the spirit of this old school gamer...The best thing about it is it's all real-time, I was able to play with a co-worker while assaulting another person's base."

With Guardian Kingdoms, the base-building and strategic team gameplay of RTS games has been carefully crafted into a fresh twist on a classic genre, and makes a clear case for challenging Supercell's dominance on the charts.

About Phoenix One Games

Phoenix One Games is a San Francisco based mobile gaming startup founded in 2016 after spinning out of Kabam with significant veteran gaming and art talent from top publishers such as Blizzard, Electronic Arts, Kabam, and Zynga.  Guardian Kingdoms is the company's flagship title and is an original fantasy genre base builder / strategy multiplayer mobile game.