SAN FRANCISCO, Oct. 24, 2017 /PRNewswire/ -- On October 20, 2017, Jay Wei (The chairman of the JC group) delivered a speech at the University of Oxford. Accompanied by such an intriguing and enlightening speech, he also showed a new world with his unique perspective while observing the development of civilizations.

It is the 7th stop in his speech circuit. After sowing a seed of Chinese culture and civilization, he hopes it will germinate one day, and emerge unparalleled power. 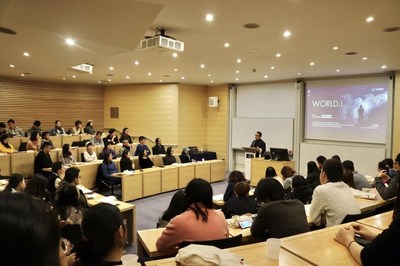 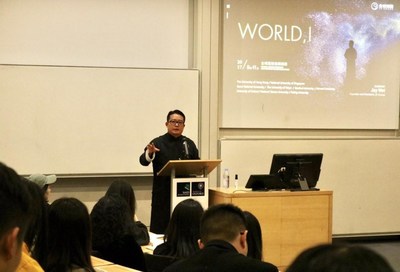 University of Oxford is located in Oxford, England. The foundation date is unknown, but there is evidence of teaching as far back as 1096, making it the oldest university in the English-speaking world.

Oxford is known as a cradle of talent. 27 British premiers, 60 Nobel laureates and a dozen politicians and royals have graduated from Oxford. Throughout its history, a sizable number of Oxford alumni, have become notable in many varied fields, both academic and political, ranging from Bill Clinton, former US president to the physicist, Stephen Hawking, and the former British prime minister, David Cameron, and Oscar Wilde.

Bathing in wisdom is what people feel at Oxford. Each young scholar is stunned by this ancient city. The words Jay Wei used in the speech, evoked something deeper in their minds.

"This bottle is full of water, the function is to quench my thirst, but I find that the more I drink, the more room it will have, therefore, it is more than a bottle of water, it may have other uses," said Jay, as he vividly illustrated the idea in Taoism.

He pointed out that people always start from nothing, gradually into a full state, and then back into a empty state again. When you are able to contain more things, you will finally find your goals and value in life.

He believes that civilization is the fruit of a interacting process which is full of conflicts and cultural shock. The kind of conflicts and shock can promote civilization ahead rather than push it aside. However, China was in retreat each time we confronted conflicts. He firmly believes that Chinese civilization will play its part in the world. As a one of the oldest civilizations, logic and the way of thinking are in our blood, it was just ignored. For example, Chinese people are particular about living in harmony with nature, "we should get it back. Now it is the time."

This was a popular speech, as even the aisles were occupied by students sitting on their own chairs. During the speech, all the students were either listening or taking notes attentively, and laughing at Jay Wei's jokes. Only two chances of questioning were provided in the Q&A session, which barely satisfied the enthusiastic audience. Even after the speech, quite a few students were still discussing in groups and reluctant to leave.

Today, China has stuck out its chest again and stood out among nations. Chinese culture is responsible and ready for the coming renaissance, and everyone should and will pitch in.