According to a new report from IBM's Institute for Business Value, nearly all companies surveyed said they are using some form of cloud computing today, with 85 percent using more than one cloud environment. However, while the rush to cloud is significant, research from Ovum shows that 80 percent of mission-critical workloads and sensitive data are still running on on-premises business systems, held back by issues of performance and regulatory requirements.

To address this, IBM is introducing a new technology that helps enable companies to easily create harmonized, 'multicloud' systems, with increased visibility of business processes, governance and security. The solution is optimized on the IBM Cloud, but extends the ability of businesses to manage and integrate workloads on clouds from different providers such as Amazon, Red Hat and Microsoft.

"With its open source approach to managing data and apps across multiple clouds, the IBM Multicloud Manager will position companies to scale their many cloud investments and unleash the full business value of the cloud," said Arvind Krishna, Senior Vice President, IBM Hybrid Cloud. "In doing so, they will move beyond the productivity economics of renting computing power, to fully leveraging the cloud to invent new business processes and enter new markets."

A new generation of cloud technology IBM's new Multicloud Manager runs on the company's IBM Cloud Private platform which is based on Kubernetes container orchestration technology – an open-source approach for 'wrapping' apps in containers thereby making them easier and cheaper to manage across different cloud environments – from on-premises systems to the public cloud. Last week IBM announced that hundreds of global organizations have turned to IBM Cloud Private to help transform their organizations.

Now, with Multicloud Manager, IBM is extending those capabilities to interconnect different clouds, even from different providers, creating unified systems designed for increased consistency, automation and predictability. At the heart of the new solution is a first of a kind dashboard interface for effectively managing thousands of Kubernetes applications and spanning huge volumes of data regardless of where in the organization they are located.

Big benefits for business The new solution is expected to be a game changer for modernizing businesses around the world. For example, if a car rental company uses one cloud for its AI services, another for its bookings system and runs its financial processes on on-premises computers at offices around the world, IBM Multicloud Manager can span the company's multiple computing infrastructures enabling customers to book a car at increased speeds using the company's mobile app.

The innovative features and benefits of IBM's new Multicloud Manager include:

IBM Multicloud Manager will be available in October 2018.

Analyst quotes "The old idea that everything would move to the public cloud never happened," said Stephen Elliot, Program Vice President, IDC. "Instead, the cloud market has evolved to meet the needs of clients who want to maintain on-premises systems while tapping a multitude of cloud platforms and vendors. The challenge for this approach is integration. Many IT companies have been talking about multicloud, but to date the user experience has been fragmented. IT and business executives are looking for multicloud capabilities that reduce the risks, and deliver more automation throughout their cloud journeys."

"Cloud computing is at a major inflection point in its evolution," said Roy Illsley, Distinguished Analyst, Ovum. "While 20 percent of business processes have already moved to the cloud, 80 percent of mission-critical workloads and sensitive data are still running on on-premises business systems because of performance and regulatory requirements. However, in 2019 the percentage of these workloads running in the cloud will increase to over 40 percent and we anticipate that in the coming years enterprise clients will move to multicloud systems that cater for a broad variety of business and IT needs."

"Operating in a multicloud environment is a reality for most enterprise functions today, though too often it happens in silos. Instead of ignoring or attempting to stifle organizational forays onto multiple clouds, IT needs to get better at facilitating, orchestrating and optimizing enterprise multicloud footing," according to a new IBM Institute of Business Value report. "Enterprises that assemble harmonized multicloud platforms now can position themselves for greater competitive advantage and lower costs."IBM Institute of Business Value report: Assembling Your Cloud Orchestra

About IBM CloudWith $18.5B in annual cloud revenue, IBM is the global leader in enterprise cloud with a platform designed to meet the evolving needs of business and society. Moving past productivity and cost improvements, the IBM Cloud is tuned for the AI and data demands that are driving true differentiation in today's enterprise. IBM's private, public and hybrid offerings provide the global scale businesses need to support innovation across industries. 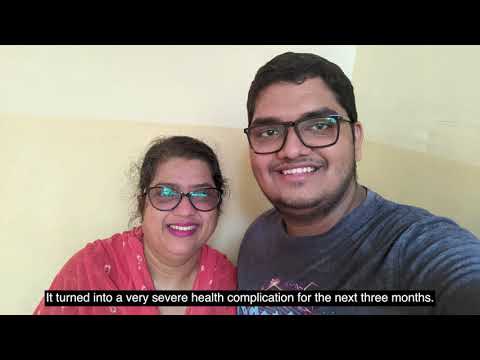