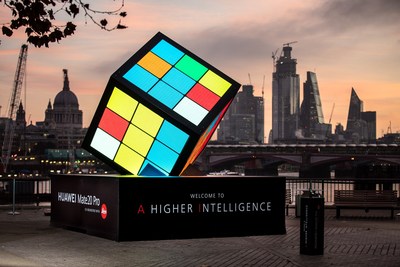 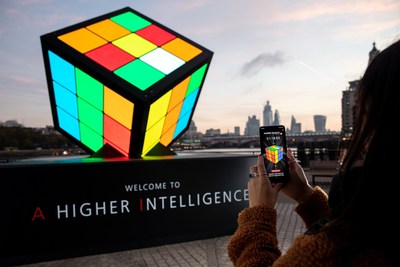 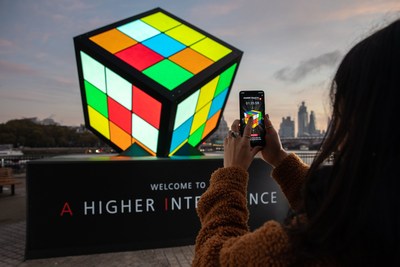 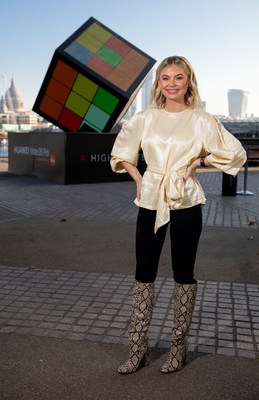 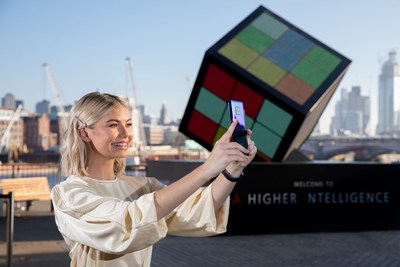 A giant Rubik's Cube solvable by the Artificial Intelligence inside a smartphone was unveiled by Huawei on London's South Bank to celebrate the launch of the new Mate 20 Pro - the most hotly anticipated smartphone of the year.

It's a game that has captured the imagination of the nation, and has firmly held a place in popular culture for decades. Some of the world's top academics, from mathematicians to think tanks and universities like MIT have studied the combination puzzle to determine the optimum way to solve it, but this is the first time a smartphone has used dual-AI power to assist in finding the best route to its satisfying conclusion.

Huawei's app uses AI to optimise the number of moves required to solve the cube and outsmart the puzzle's 43 quintillion different combinations. After the cube is initially shuffled, each subsequent move is passed through the AI model and algorithms to give the user hints, via the app, about what the best next move is.

Justin Costello, Huawei Director of Marketing, UK and Ireland, said: "The Huawei Mate 20 Pro is our most intelligent handset to date. It's the world's first Dual-NPU powered smartphone, meaning that we're able to give people a more intelligent performance with less power consumption."

"Puzzle cubes have caused debate amongst mathematicians for decades, with numerous theories about the most efficient way to solve them. We have been able to use the sophisticated AI in the Huawei Mate 20 Pro to offer players something interactive and intelligent. We're demonstrating how humanity and technology can come together to achieve great things."

The Huawei Mate 20 Pro's Dual-NPU and sophisticated process technology makes it faster, more intelligent and more efficient than any other Android Smartphone on the market, setting a new bar by which all 2018 smartphones will now be measured.

Georgia Toffolo was one of the first to try the cube, getting a helping hand from the AI and completing it in just eight moves. Speaking of the experience, she said: "Everybody has been frustrated by not being able to solve a Rubik's Cube at one point in their lives - and today, at the age of 24, I've finally been able to do it! I really enjoyed taking part, and it was great to work together with the power of the AI in the Huawei Mate 20 Pro to solve the cube in my fastest time to date."

How the cube works:

Huawei trained a custom tensor flow model to work on the Huawei Kirin 980 chipset and utilise its built-in NPU. The model has been trained to solve various permutations of a Rubik's Cube. The model has also been specifically trained to solve known inefficiencies and address errors within existing popular cube solving algorithms. The app uses AI to optimise the number of moves required to solve the cube. After the initial shuffle each move is passed through the AI model, and then the existing algorithms. Based upon the shortest solution from both sources the most efficient path to solving the cube is calculated and 'hints' displayed to the user.

Huawei's products and services are available in more than 170 countries and are used by a third of the world's population. Fifteen R&D centers have been set up in the United States, Germany, Sweden, Russia, India and China. Huawei Consumer BG is one of Huawei's three business units and covers smartphones, PC and tablets, wearables and cloud services, etc. Huawei's global network is built on almost 30 years of expertise in the telecom industry and is dedicated to delivering the latest technological advances to consumers around the world.