For the people of Flyland - the 11.9 million individuals from around the world who take to the air every day - business is soaring, according to new research and analysis from HSBC.

The 'country in the sky' has grown to an annual GDP of $400.5 billion and adds more than $1.26 billion to its value each day. The data takes into consideration the average amount of flights Flyland citizens take in a year, their average income, average spend and considers the value of the average amount of work or business conducted in flight.

According to the results, business travellers average two hours of work per flight, with leisure travellers not far behind at 1.3 hours. This adds up to $53.4 billion worth of work being completed at 35,000 feet.

UAE citizens in Flyland Of the UAE-based citizens of the newly named nation, 88 percent claim they often add additional leisure days to their business trips - higher than the global average at 45 percent.

Business travel makes up 25 per cent of flights with the typical business traveller flying 10.2 times per year. This is, on average, 54 per cent more than the average citizen. But it's not just the destination where people meet, collaborate and create. One in seven claim they've made business connections while visiting Flyland while another 12 per cent have had an exciting business idea.

The majority of these purchases are credit card transactions (70 percent), following a global trend of moving towards a cashless society.

Commenting on the study Marwan Hadi, Head of Retail Banking and Wealth Management, HSBC UAE, said: "Flyland is a fascinating lens through which we can see a diverse and outward looking group of people criss-crossing the world with considerable economic might."

"As the UAE is an international trade hub and such a welcoming country for everyone, we can all be proud of the part we have played in growing Flyland in this part of the world."

Local customs  But it's not just a tin tube of tracking timesheets - the average citizen of Flyland spends two and a quarter hours sleeping, two hours enjoying the in-flight entertainment system, and 10 minutes working on personal admin. Around 15.3 million movies are watched each day in Flyland.

Like all diverse populations, there is a set of cultural customs to abide by. Thirty-six percent of Flyland citizens do not like it when people stand up as soon as the plane lands, 65 percent find it annoying when people are rude to cabin crew, and 47 percent dislike it when children are allowed to run loose. These numbers add weight to the statistic that there are 3.1 million arguments on Flyland every day.

How to make sure your journey to Flyland goes smoothly

HSBC credit and debit card customers enjoy thousands of exclusive offers from shopping and dining to travel and leisure, in over 160 countries, with the HSBC Home & Away programme.

HSBC Premier credit cardholders enjoy free worldwide travel insurance and a range of privileges including access to 750 airport lounges and free Wi-Fi around the globe. An HSBC currency account helps you stay on top of global exchange rates.

Note to editors  GDP figures for Flyland are an average expenditure per passenger, per flight, multiplied by the number of passengers travelling on an annual basis.

1. GDP is calculated as the sum of expenditures.

HSBC Advertising Campaign  HSBC's airport advertising campaign has been an instantly-recognisable sight to air passengers around the world for 17 years. This summer, the adverts have been refreshed with a series of 79 different creative executions rolled out across 17 airports in nine countries - covering 1,500 jet bridges and 94km of passenger walkways.

The latest global marketing campaign explores how HSBC helps people prosper in the 21st century. HSBC's iconic red and white hexagon plays a central role. It becomes a lens through which to look at the world, showing how the influence of the bank can help individuals, businesses and communities to grow and flourish. The campaign is underpinned by the phrase "Together we thrive," reflecting our long-term commitment to helping customers succeed.

Flyland study    The Flyland study has been commissioned by HSBC July 2018 and carried out online by BDRC. The international 'in air' sample comprises n=2150 online interviews among recent flight bookers over 18 years of age, weighted to represent the universe of global international travellers in the air by location of departure and class of travel, using industry data. Separate online samples were collected among residents of the UK (n=2000), USA (n=1000), Hong Kong (1000) and United Arab Emirates (n=1000), flying internationally from each country in the past year.

The HSBC Group  HSBC Holdings plc, the parent company of the HSBC Group, is headquartered in London. The Group serves customers worldwide from around 3,800 offices in 66 countries and territories in Europe, Asia, North and Latin America, and the Middle East and North Africa. With assets of US$2,607bn at 30 June 2018, HSBC is one of the world's largest banking and financial services organisations. 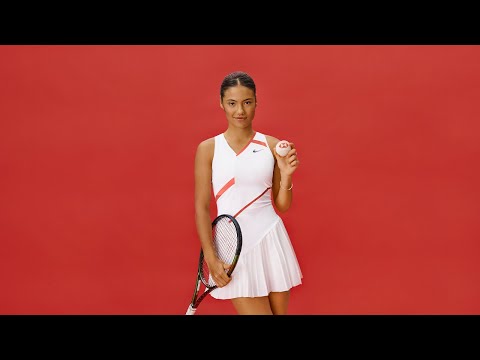 HSBC AND EMMA RADUCANU PARTNER TO MOBILISE THE NEXT GENERATION...