- Almost half the respondents would be willing to give up another convenience for Wi-Fi that's as fast as it is at home, such as enduring airport security twice

PHOENIX, July 22, 2014 /PRNewswire/ -- In its second annual survey, Honeywell Aerospace (NYSE: HON) finds that in-flight Wi-Fi is becoming increasingly influential on a passenger's buying and wireless usage behavior, including flight selections and, in some cases, paying more for a specific flight.

To view the multimedia assets associated with this release, please click: http://www.multivu.com/players/English/7243951-honeywell-survey-what-passengers-demand-from-in-flight-wi-fi/ 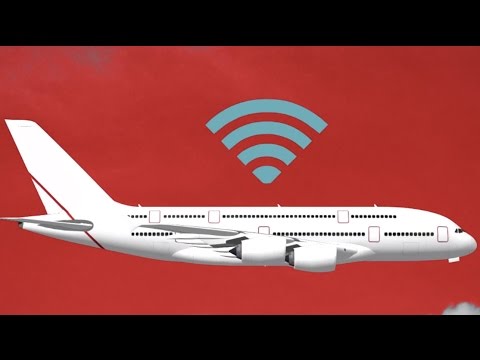 Following up on the 2013 Wireless Connectivity survey, and as the popularity of staying wirelessly connected grows, the 2014 Honeywell survey affirms that fliers expect constant and speedy Wi-Fi when traveling. The research was conducted by Kelton among more than 1,000 adults in the United States who have used Wi-Fi on planes within the past 12 months.[1]

"You can pack your own meals, but you can't pack your own Wi-Fi," said Jack Jacobs, vice president, Marketing and Product Management, Honeywell Aerospace. "The commercial aviation industry has to pay attention to meet the demands of passengers, giving them the freedom to stay connected whenever and wherever they want. Honeywell's survey affirms that consumers are accustomed to easy access to Wi-Fi, and they expect it to be fast and consistent like at home or work. Those expectations are expanding up into the sky."

Connectivity is Crucial The results also indicate that fliers believe wireless connectivity should always be a part of the in-flight experience, and it may even be viewed as a necessity:

Sacrifice for SpeedConstant accessibility is key, but passengers also desire fast connections that enable them to stream videos, live chat with friends and family, and download files quickly. Almost half the respondents would be willing to experience a travel-related inconvenience for Wi-Fi that's as fast as it is at home. From this group:

Fun with Wi-FiThe Honeywell survey results asserted that air passengers demand constant and speedy Wi-Fi and also explored why passengers desire it so much. Consistent connectivity can enable productivity, entertainment and a little bit of fun:

Fliers are keeping themselves entertained onboard with Wi-Fi and, interestingly, the survey found that over half (54 percent) say they would be embarrassed if an in-flight neighbor saw what they were doing for fun, including:

Staying Connected with Honeywell Honeywell's industry-leading connectivity product portfolio caters to customers' needs from the cockpit to the cabin. As demand for fast in-flight connectivity continues to grow, Honeywell has built a focus on providing a comprehensive portfolio of products and services, whether it is air-to-ground, L-band or GX Ka-band solutions, to meet the needs of regional and global customers. Honeywell's connectivity products have the largest air transport installed base and are onboard almost every aircraft with current broadband solutions. Honeywell is well-positioned to bring together its connectivity experience with proven systems integration to deliver the most expansive, consistent, high-speed connectivity network in the world.

About The Survey The Honeywell Aerospace Wi-Fi Survey was conducted between June 6 and June 19, 2014, among 1,045 Americans age 18 and over who have used in-flight Wi-Fi in the last 12 months, using an email invitation and an online survey by Kelton, a leading global insights firm. Results of any sample are subject to sampling variation. The magnitude of the variation is measurable and is affected by the number of interviews and the level of the percentages expressing the results. In this particular study, the chances are 95 in 100 that a survey result does not vary, plus or minus, by more than 3.0 percentage points from the result that would be obtained if interviews had been conducted with all persons in the universe represented by the sample. The margin of error for any subgroups will be slightly higher.