SHANGHAI, Sept. 7, 2020 /PRNewswire/ -- One year ago, the Chinese brand HiPhi, a subsidiary of Human Horizons, showed people its prototype, which advanced the lines of a future high-end electric full-size SUVs. Now the firm has revealed the final version of its first model, which has been bestowed the name HiPhi X and go on sale in the first half of 2021.

The HiPhi X is positioned as a transcending product to redefine the era of smart electric vehicles. 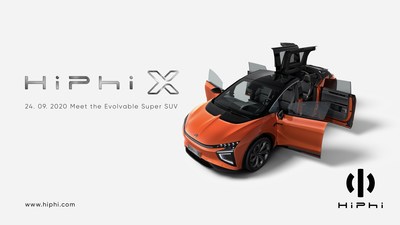 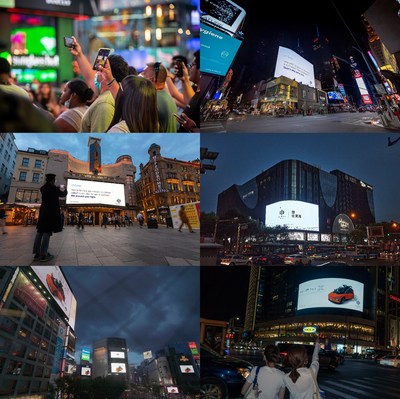 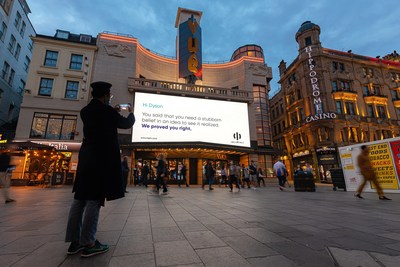 The 2020 HiPhi X world launch campaign -- HiPhi ad featuring friendly messages to industry rivals, many Chinese and foreign Kols from the automotive, technology, finance, venture capital and media circles have forwarded and commented by Instagram, Twitter, YouTube and other platforms, which has given full affirmation for the "luxury brand" of HiPhi on behalf of the new power of Chinese automobiles, and has led a large number of netizens to choose "standing in line" of the HiPhi Automobile or Tesla to show their attitude by supporting the brand. - swept the Internet.

The objective of the campaign was targeted at raising brand awareness and product recognition, as well as a teaser to its official launch at the 2020 Beijing Auto Show.

In recent days, the campaign made its broadcast debut during peak hours in London, New York, Tokyo, Shanghai, and Beijing on mega-screens across the cities. Followed by takeovers on Twitter, Instagram, YouTube, and other platforms.

The messages were along the lines of:

"Hi Tesla, you said it's good for the world if someone made a better EV. That's why we're here."

"Hi Dyson, you said that you need a stubborn belief in an idea to see it realized. We proved you right."

"Hi Porsche, you said you couldn't find the car of your dreams, so you built it yourself. We know how that feels."

Speaking of R&D, Human Horizons does have some impressive names involved in that side of the business, including 35-year Jaguar and Ford veteran Mark Stanton as chief technical officer. Former Bugatti designer Camilla Kropp is also on the crew.

The man behind the Shanghai-based company is Ding Lei, the former president of Shanghai General Motors who set up Human Horizons in end of 2017.

One of the most intriguing parts of the HiPhi X's design are NT-Door system. As stated by the manufacturer, the HiPhi X is pitched as a "self-learning smart vehicle".

What does that mean? Well, the way Human Horizons explains it the HiPhi X has been based on a "human oriented architecture" which is over-the-air upgradable and has a secure software-developer platform to enable feature and app development.

Overlaying that is an advanced highly-personalised onboard artificial intelligence assistant, HiPhiGo, that has been developed in collaboration with Microsoft.

HiPhiGo has an array of intelligent functions and a level of reasoning and continuous learning while interacting with its occupants, the surrounding environment and the vehicle's parameters.

HiPhi X is now entering the final phase of development and launch ahead of production which is expected to commence by the end of this year, with official deliveries in 2021.