LOS ANGELES, Sept. 9, 2014 /PRNewswire/ -- On the heels of signing a 5-year output agreement, DIRECTV and HeckArt Studios have selected supernatural thriller ALTERGEIST from writer/director Tedi Sarafian (Terminator 3, Tank Girl) to be first up under the deal.  The film will world premiere October 9th on DIRECTV, where it will run exclusively until November 5th, immediately ahead of a platform theatrical release. 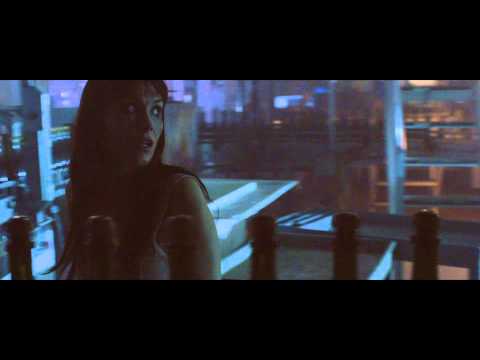 Shot on location at Korbel Champagne Cellars, ALTERGEIST follows a group of paranormal investigators as they search the famously haunted King's Ransom Winery. As long-buried memories and deep-seated fears threaten to overtake the team, they are terrified to learn that even the ghosts fear the truly sinister presence that has plagued the family estate for generations.

Day-and-Date releases are becoming more common but opening a film on VOD weeks before it comes to cinemas is rare. "We are excited to world premiere ALTERGEIST on DIRECTV," says HeckArt CEO Aaron Heck. "This emerging model has a number of benefits, including the national promotion undertaken by DIRECTV."

HeckArt Studios will work with DIRECTV to build a national awareness of the film during the VOD platform's exclusive window. "DIRECTV has roughly 20 million subscribers, and with over 115 million households in the USA, there are plenty of eyeballs to reach with other distribution outlets," explains Heck. "As DIRECTV customers watch the movie at home, awareness will spread to other audiences, who will seek out ALTERGEIST elsewhere, such as in theaters or through EST outlets."

The deal between HeckArt Studios and DIRECTV benefits both parties, providing DIRECTV with exclusive content for their subscribers, while raising awareness about the film ahead of launching it onto other platforms. As more exhibitors see the value this model can bring to indie theatrical runs, it may well be the future of independent cinema.

About ALTERGEIST Supernatural thriller ALTERGEIST was shot entirely on location at the historic Korbel Champagne Cellars, established in 1882, and derives inspiration from true-life events on the estate, including paranormal phenomena and suspicious deaths.