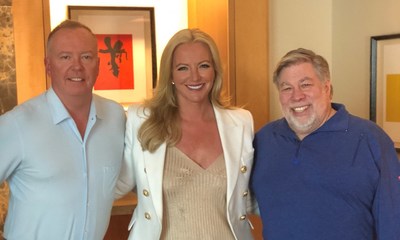 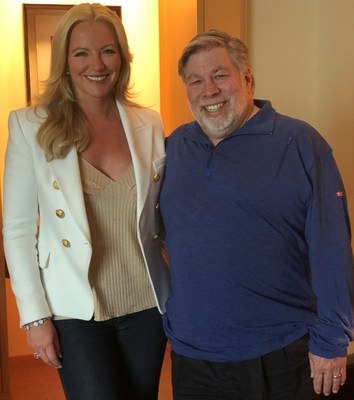 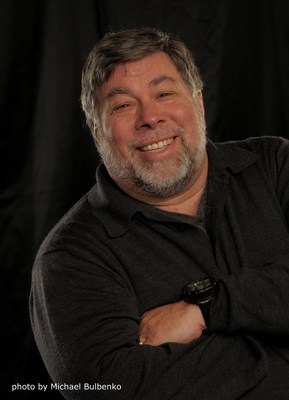 EQUI Global presents a unique opportunity to disrupt the venture capital industry - one that is considered to be extremely traditional.

It is a technology focused venture capital fund which combines the conventional principles of investing with a blockchain 'back end' that allows value to be realised and then traded in the open market through the EquiToken.

As co-founder of EQUI Global Steve Wozniak will head up technology investments and help find the tech stars of tomorrow. Woz will then bring them to the table and the board of serial entrepreneurs will mentor and coach them with world class expertise and guidance.

The EQUI fund is both open-ended and liquid, allowing investors the opportunity to sell their EquiTokens on external cryptocurrency exchanges at a time of their choosing.

While being aimed at sophisticated investors, the new, powerful investment movement that's being created allows people to become involved in a 'non-institutional' way.

The key thing is that investors can buy into the Fund and then trade out through the liquidity created by the EquiToken because the token infrastructure is built using the Ethereum platform.

It's a potential game-changer in the venture capital industry and a model that many others are expected to follow.

Up to 80 per cent of investment by EQUI will be in technology companies with the balance of 20 per cent being in non-tech assets, such as real estate and investment collectibles such as art and vintage cars.

Steve Wozniak, co-founder of EQUI Global said, "I get ideas pitched to me every single day in fact dozens and I always say no. Since I co-founded Apple with Steve Jobs, this is about the second time in twenty years that I actually said yes, I want to be a part of this. It has to be something I really believe in and I really believe in EQUI."

Steve Wozniak continued, "There are so many great ideas because I sit down and think, 'what could I think of doing?' And it's usually based upon 'what do we have today in our life and how could we modify it, make it a little better or radically change it?' and I don't come up with many answers. But then I run it at other people and almost everybody has one answer for one thing that I think 'woah, I never would have thought of that' so it's out there in the technology field. Not only that, technology really enhances every other business there is. Construction businesses are totally enhanced. Even things like restaurants are totally enhanced by the technology we create. It takes people who have ideas, but not just ideas, not ideas in their head, not ideas that are spoken, not ideas just on paper, they actually do work and create things. I know that we have something very special with EQUI. I've since enjoyed giving my feedback to the technical side of the initiative and will very much be an actively involved proud co-founder."

Steve Wozniak continued, "I am very pleased that my business partners are the respected Michelle and Doug. They are both very determined people who have both achieved what few people can do."

Woz went on to say, "In the case of Michelle she has succeeded well against the odds, she started her own business at just 24 and turned it into a global brand of huge stature which she sold 4 years ago. Michelle has also invested wisely in the tech space and understands the significance of blockchain technology and how it will radically change business. She has multiple business interests and is one of the UK's most successful female entrepreneurs. Her creativity and drive is brilliant for business because she brings diversity to the table. HM The Queen of The United Kingdom has even recognised her achievements."

Woz continues, "Doug is a highly accomplished businessman and is also a problem-solver, thanks to his highly attuned analytical skills.  An accountant by trade, he set up his own corporate finance practice in the early 90's. By the mid 90's he was successfully buying and investing in his own portfolio of companies. Last year Doug successfully launched the world's first large-scale property development, available for sale in Bitcoin. I greatly admire Michelle and Doug for their huge accomplishments."

Steve Wozniak describes what he plans on bringing to EQUI. "We are the teachers and I believe in that so strongly because, Apple was strongly mentored. The enjoyment we had, the passion, starting the company, the excitement, it's the most exciting thing. I like to see it happen for others and just to be a part of being able to help make it happen for a lot of others out there is going to be a big deal for me. I think I have an important role and I can help a lot."

The team has an exceptional investment track record behind them and will be able to attract the budding start-up stars of tomorrow (not just start-ups) on a growth trajectory - the new Apples and Facebooks of the world - before they become famous.

Businessman and philanthropist Doug Barrowman, founder of EQUI Global has achieved considerable success for over 30 years in the venture capital industry. Doug is absolutely delighted that Woz has decided to become the co-founder of EQUI.

Entrepreneur and Global speaker Lady Mone OBE, co-founder of EQUI said, "Woz has always been my business icon and it's a dream come true to be working with him at EQUI."

Steve Wozniak concludes, "We've already got over 20 businesses that we are looking at and we haven't even officially launched yet.  It's going to be very exciting. Ultimately, our mission is to seek, support and fund the blockchain and tech stars of tomorrow.

"EQUI Global is a game-changer."

Editor's note:  Please be aware that all EQUI images and EQUI videos are the copyright of EQUI Global, so it is essential to credit www.equiglobal.com each time an image or video is published, in order not to breach copyright.