Jon Fratelli invites fans into his home where he talks candidly about the realities of trying to 'find the flash of an idea', as part of Routes of Inspiration: a new virtual series from Vype

LONDON, May 21, 2020 /PRNewswire/ -- New exclusive interview content from The Fratellis lead singer and guitarist, Jon Fratelli, has been released by Vype, the e-cigarette brand dedicated to providing unique moments of inspiration.

The interview, available exclusively on the @Vype_worldwide Instagram page, takes place in Jon's home, where the artist speaks candidly about where he finds inspiration, the realities of trying to find 'the flash of an idea' and the creative challenges he has faced over the years. The exclusive content is part of Routes of Inspiration, a newly launched virtual series from Vype that explores how inspiration comes to professionals within the creative world. Following the cancellation of live entertainment events around the world, the series was created to give artists and fans a new way to connect.

Jon reveals his first spark of inspiration came after watching a Pink Floyd concert on the TV revealing, "[…] by the end of that concert, that was what I wanted to do." Explaining that there is no method in the flash of creation, Jon goes on to share advice with fans, "[…] you need to be prepared to go through times when you really hate what you're doing, you hate what you're hearing, you hate what you're creating," admits that he has had to get so much wrong before he could start to get things right.

Routes of Inspiration features intimate conversations with artists and musicians about how they find inspiration at home along with a series of intimate live music shows. Sharing experiences and playing songs of resilience and hope, this free series is designed to inspire creative ways to connect while at home. The first series of performances launched in March, shortly after lockdown restrictions were imposed worldwide, reaching over 350,000 fans from across the globe.

"We are honoured to be able to open up a glimpse into the creative world behind The Fratellis before fans around the world get to see them play live face to face again" says Elly Criticou, Vapour Category Director, British American Tobacco.

To celebrate the announcement of this sponsorship, The Fratellis have released a new track, "Strangers in the Street," featuring legendary U.S. soul singer P.P. Arnold. The full video can be viewed on the @Vype_worldwide Instagram page. To provide support to the music community during these challenging times, Vype is including a link for individuals to donate through the Spotify COVID-19 Relief Fund. The Fratellis will also be donating 100% of their share of the proceeds from sales to COVID-19 relief funds.

"We are committed to bringing inspiration to as many of our adult consumers as we can across the globe and it's initiatives like this that will continue to provide that vital support to artists when the ability to play live has been cut short.  As such we're thrilled to support this effort with The Fratellis."

The full interview with Jon Fratelli can be watched here.

About British American Tobacco: British American Tobacco Group (BAT) is one of the world's leading, multi-category consumer goods organizations, that provides tobacco and nicotine products to millions of consumers around the world. It employs over 55,000 people, with market leadership in over 55 countries and factories in 48. Its Strategic Portfolio is made up of its global cigarette brands and an increasing range of potentially reduced-risk products, comprising vapour and tobacco heating products, as well as traditional and modern oral products. 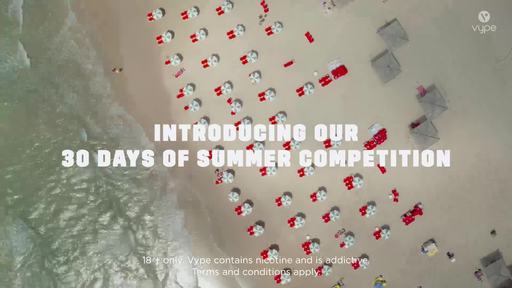 Vype is Focused on Quality and Safety Standards as Stores Reopen...