Brits join fans across Europe with bets on France to win

LONDON, June 10, 2021 /PRNewswire/ -- Entain, the leading global sports betting and gaming entertainment operator, is set for more than three million fans across Europe to place bets on the delayed 2020 UEFA European Championships (the Euros) – roughly twice as many as bet on the last World Cup in 2018. The tournament will run for a month, kicking off tomorrow when Italy plays Turkey. 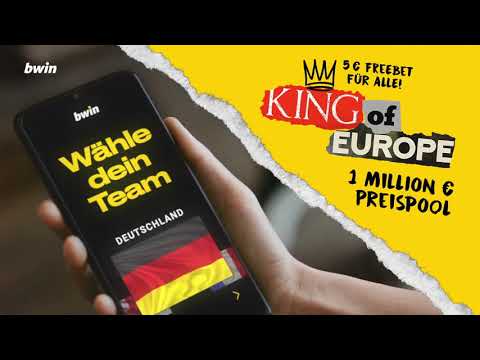 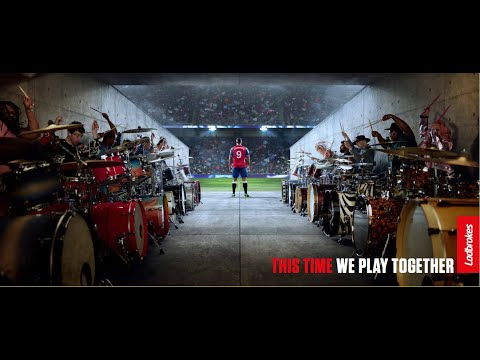 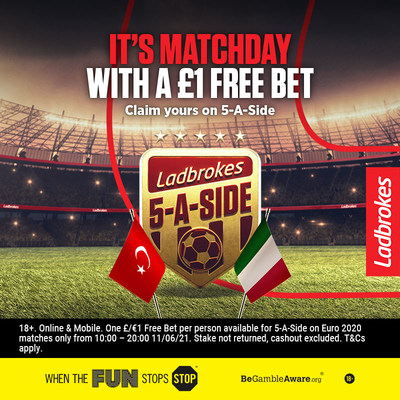 So far, Entain's UK customers have placed most bets. France is the most backed to win with almost half of UK fans so far putting money on Les Bleus. This is not dissimilar to the situation at the last World Cup, when just 9% of UK-based fans backed England, compared to 47% in Belgium, 39% in Croatia and France, 20% in Spain and 16% in Germany betting on their national teams to win the tournament.

"Most betting will be after the tournament starts, and we expect to see roughly twice as many fans placing bets on the Euros as in the last World Cup, reflecting the growth of our business in the past three years," said Jette Nygaard-Andersen, Chief Executive of Entain. "With offers across most countries taking part we're perfectly placed to offer fans exciting experiences."

For the first time on a major event of this size, Entain will host almost all customer activity across its European brands on in-house technology*. This gives Entain a unique insight into the expectations and betting behaviors of fans across the majority of countries taking part in the tournament, which it can then use to tailor its offers and their experiences accordingly.

For instance, bwin is hosting "King of Europe," a tournament where fans in Germany, Austria, Belgium, France, Greece, and Romania can choose teams and compete to be the best, the top five sharing a jackpot of €1 million. Meanwhile in the UK, Ladbrokes is adding leaderboards to its ground-breaking 5-A-Side product, and making it free-to-play, which enables fans to build their own teams and compete with one another for free.

Data from Entain's global database of 160 million customers also shines a light on what most interests fans and is driving early bets ahead of the event. For instance, bets placed by around 1.5 million football fans across the participating countries between January and May show:

Entain's player database also shows that, as a general trend, football fans from smaller European countries are more likely to bet on their national teams than those from larger ones.

Entain plc (LSE: ENT) is a FTSE100 company and is one of the world's largest sports-betting and gaming groups, operating both online and in the retail sector. The Group owns a comprehensive portfolio of established brands; Sports Brands include bwin, Bet.pt, Coral, Crystalbet, Eurobet, Ladbrokes, Neds and Sportingbet; Gaming Brands include CasinoClub, Foxy Bingo, Gala, Gioco Digitale, Ninja Casino, Optibet, partypoker and PartyCasino. The Group owns proprietary technology across all its core product verticals and in addition to its B2C operations provides services to a number of third-party customers on a B2B basis. The Group has also entered into a joint-venture with MGM Resorts to capitalise on the sports betting and gaming opportunity in the US, through BetMGM. Entain provides the technology which powers BetMGM and exclusive games and products, specially developed at its in-house gaming studios. The Group is tax resident in the UK with licenses in a total of 27 regulated markets. Entain is a leader in ESG, a member of FTSE4Good, the DJSI and is AA rated by MSCI.