Embrace by Empatica has received 510(k) clearance from the U.S. Food and Drug Administration (FDA) for use in children. Embrace is an epilepsy smartband that detects patterns in motion and physiological signals that may be associated with generalized tonic-clonic seizures, and immediately alerts caregivers. It is the first non-EEG based physiology signal seizure monitoring system to be cleared by the FDA for use in a pediatric population, highlighting the challenges and complicated processes that come with this type of testing for children. 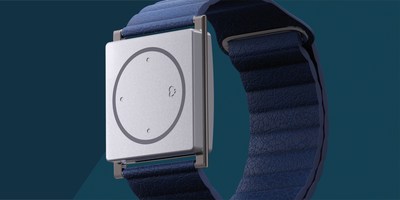 What this means for parents and doctors This clearance represents a significant advancement in expanding availability to this cutting-edge seizure monitoring technology for families living with epilepsy. It is a fantastic piece of news to start 2019 for the global epilepsy population, as it means parents now have easy access to an officially clinically validated technology. The clearance for children is not only a positive development for families, but also for doctors, providing them with reliable technology that can assist in patient treatment and care.

"The clearance of the Embrace watch to detect seizures in children ages six years and older is an important step forward in our ability to identify seizures rapidly and thereby allow parents or others to respond," - Dr. Orrin Devinsky, Director at NYU Comprehensive Epilepsy Center and the Saint Barnabas Institute of Neurology and Neurosurgery (INN).

"We are very grateful for this result," said Matteo Lai, Empatica CEO and co-founder. "Empatica's team worked very hard to expand the use of the Embrace for seizure monitoring, as we realized how much this would mean for the community and parents. We are continuously committed to implement the best science and technology, in order to provide better care to millions of patients living with Epilepsy."

Why immediate assistance is critical 3.4 million people in the United States have epilepsy, of which 300,000 are children under the age of 14. Twenty-five percent of all people with epilepsy have generalized tonic-clonic seizures, which are most commonly associated with SUDEP (Sudden Unexpected Death in Epilepsy). SUDEP is the second leading neurological cause of total years of potential life lost in the US. The measure multiplies the number of deaths by the estimated number of years left to live, meaning that the number is higher when younger people die. The years of life being lost annually due to SUDEP are estimated to be 101,000, second only to stroke. The best way to prevent SUDEP is to prevent seizures by taking medications regularly; however, about one-third of people's seizures are still not controlled by medications. When patients have generalized tonic-clonic seizures, also known as "grand mal" seizures, their risk of SUDEP is lowered if they have somebody present at the time of the seizure.

Empatica co-founder, chief scientist, and MIT professor Rosalind Picard, has stated: "We are so happy to provide Embrace with FDA's formal clearance of its use by pediatric subjects aged 6-21. Embrace improves the likelihood that a trusted caregiver will be there during the critical moments after a seizure happens. Having somebody present is associated with better health outcomes."

Clinical results Clinical testing was carried out in an Epilepsy Monitoring Unit (EMU) among 141 patients diagnosed with epilepsy. 80 of them were pediatric patients, aged 6-21 years; and 61 were adults. 53 out of 54 generalized tonic-clonic seizures were detected by Embrace for an accuracy rate of 98% during the clinical testing, with the overall FAR for adults (>21 yo) being 0.67, and the one for pediatrics (<=21 yo) being 1.35.

About Embrace In January 2018, Embrace received FDA clearance for seizure monitoring in adults, making it the world's first epilepsy smart watch to be cleared by the FDA. Embrace was CE certified in Europe as a medical device for seizure detection in April 2017.

Embrace has been listed as one of the 18 things that made the world a better place in 2018 by WIRED.

About Empatica Empatica Inc is a MIT Media Lab Spin off, with offices in Boston, MA and Milan, Italy. It has 58 employees and designs everything in house (Hardware, Software, Algorithms). It also manufactures a research device, the E4 wristband, sold to thousands of institutional partners, including the world's top hospitals, research institutions and pharmaceutical companies. It is used in studies for stress, sleep, migraine, depression, and many other conditions.