Emaar Properties, the developer of the iconic Burj Khalifa and The Dubai Mall, is marking the Chinese New Year with a spectacular dragon-themed light and sound show in Downtown Dubai. 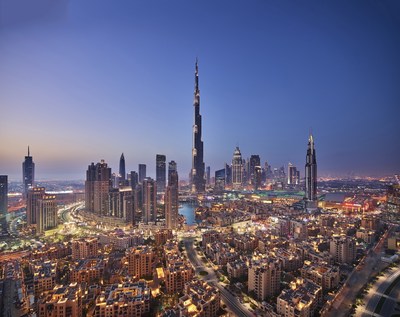 From February 16 to 24, visitors to Dubai can experience a newly produced show on Burj Khalifa that pays tribute to the thousands of Chinese residents in the UAE and guests from China. The daily shows, at 8pm and 10pm, have a unique dragon-theme, in keeping with the Chinese traditions.

The show starts with a flying dragon taking flight from the Great Wall of China, soaring high in the sky, and touring over Dubai's landmarks including the upcoming Dubai Creek Tower before marking a splash at The Dubai Fountain. In all majestic grace, it then swirls up and flies around Burj Khalifa. At the pinnacle of the tower, the dragon releases a shining pearl from its mouth on to the spire.

The resplendent pearl will be a show-stopping attraction as it shines brilliantly from atop Burj Khalifa. Following this scintillating display, a 'Happy New Year' message in Chinese will come to life on Burj Khalifa's façade bringing the display to a remarkable close.

The brand-new 'Light Up' show is similar to Emaar's 'Light Up' 2018 spectacle on New Year's Eve that won the Guinness World Record title for the 'largest light and sound show on a single building.'

The Chinese New Year celebration at Burj Khalifa complements the festivities at The Dubai Mall, where many activities have been lined up, taking visitors on a journey through China's vast provinces, covering various region-specific artforms including music, traditional dance, arts, crafts and cultural demonstrations.

Downtown Dubai and its attractions including Burj Khalifa, The Dubai Mall and The Dubai Fountain are among the most popular destinations for Chinese visitors, with the number of Chinese tourists recording a growth of 46 per cent in the first 11 months of 2017 over the same period in 2016.