Innovation enables the reduction of plastic beverage bottle volume by 80%

Israeli patent-protected invention is registered in 58 countries, including the USA

TEL AVIV, Israel, Dec. 12, 2019 /PRNewswire/ -- The global plastic bottles crisis is getting worse by the minute. 480 billion plastic bottles are sold every year, a number that is steadily growing, and according to recent studies is expected to reach 583 billion by 2021.

As of today, Coca Cola alone is responsible for the manufacturing of 120 billion bottles a year. Even more alarming is that less than 14% of these plastic bottles get recycled. 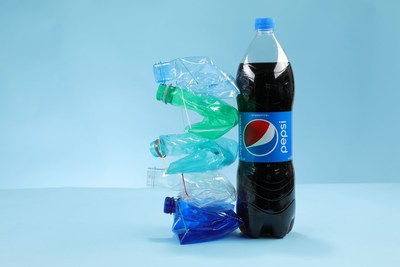 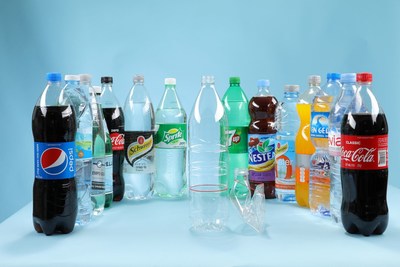 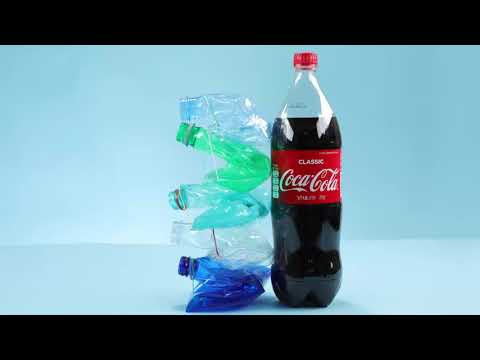 A report by the Ellen McArthur Foundation predicts that by 2050, the oceans will contain more plastic than fish. This disaster has become the major concern of governments around the world, as exemplified by the deposit fee schemes recently implemented worldwide. Over 130 million people in various European countries benefit from recycling deposit schemes. In Norway, for example, the deposit is about 25 cents euros.

Maurice Amsellem, a French-Israeli businessman and CEO of ECOAMS PLANET, a company that develops products to address sustainability and environmental issues, recently launched Bakbuk - a simple and efficient recycling solution for plastic bottles, a world-class patent registered in 58 countries, including the USA.

At the heart of this ingenious invention is an elastic band that fits on the plastic beverage bottle and helps to optimally shrink it, resulting in an 80% reduction of the beverage bottles' volume.

The idea is that purchasing a plastic beverage bottle equipped with this elastic band allows consumers to take part in the recycling effort by easily shrinking the bottle and reducing its volume by 80%. This helps save significant storage space and in turn reduces by a factor of 5 the frequency of visits to the nearest recycling center.

The unique features of the elastic rubber band at the heart of the patent are that it can be applied to all PET bottles, it is tailor-made for the food industry, it is recyclable and meets all the necessary standards.

This is a product that had already received the approval of consumer around the world. Market research was conducted by leading research companies in the world including: Ipsos, Nielsen and Geocartography, among consumers in the United States, Germany, Japan and Israel.

69% of the responders in the United States are willing to spend 2.5 cents extra per bottle with Bakbuk solution.

A new study conducted by KANTAR research company in Norway, which results were received this week, indicates that in that country, which is a global leader when it comes to the recycling of plastic bottles, where the percentage of bottles' recycling is 97%, the respondents found the patent to be very important due to the fact that it greatly facilitates the transfer of the plastic bottles to the collection point, on their path to the recycling plant.

The purpose of this new invention is to help every player in the recycling circuit, including the beverage manufacturers who are under enormous pressure with regards to the issue of the recycling of plastic bottles, and a testimony to that is Coca-Cola's advertising campaign in the summer of 2019, which conveyed the following message: 'Don't buy Coca-Cola if you don't help us recycle!' A message reflecting the grave absence of an immediate solution.

The image positioning of the major beverage manufacturers is in bad shape these days. According to an audit conducted by Break Free From Plastic which recently presented Coca-Cola, Nestle and PepsiCo as the world's leading plastic pollutants.

The press release of James Quincey, CEO and President of The Coca-Cola Company, dated January 19, 2018 says: "Coca-Cola is fundamentally reshaping its approach to packaging, with a global goal to help collect and recycle the equivalent of 100% of its packaging by 2030. The world has a packaging problem – and, like all companies, we have a responsibility to help solve it."

Maurice Amsellem says : "Today, Coca Cola has no excuse to wait until 2030 to take action. The solution is not to adopt an elusive communication as shown by the Coca Cola campaign: - Do not buy Coca-Cola if you do not help us to recycle! - However, Coca-Cola did not know of the existence of this patent. This invention is an intelligent, simple and efficient recycling solution which can help solve the immediate recycling problems and the long term problem of environmental pollution, which exacerbates the most serious ecological calamity that humanity has ever known. As James Quincey points out, it is the responsibility of all plastic bottle manufacturers to help solve it."