BUENOS AIRES, Argentina, Dec. 3, 2020 /PRNewswire/ -- The list of Latin America's 50 Best Restaurants 2020, sponsored by S.Pellegrino & Acqua Panna, was revealed at a virtual ceremony, recognizing the excellence of Latin America's gastronomic scene. The announcement is intended to support restaurants as they enter the next stage of recovery in one of the most challenging periods for the sector.

For the first time, Don Julio in Buenos Aires takes the No.1 spot as The Best Restaurant in Latin America, sponsored by S.Pellegrino & Acqua Panna. Lima's Maido and Central land at No.2 and No.3 respectively, followed by A Casa do Porco in São Paulo at No.4 and Pujol in Mexico City at No.5.

William Drew, Director of Content for Latin America's Best 50 Restaurants, says: "In our eighth edition, we are proud to celebrate Latin America's gastronomy with a focus on the solidarity of its restaurant community. We congratulate the team at Don Julio on the restaurant's historic achievement, proving that great sourcing, traditional cooking over fire and superb hospitality are a winning combination."

To further recognize the key role of restaurants in society, Latin America's 50 Best Restaurants also announced El Espíritu de América Latina, an unranked collection of establishments that have had a positive impact on their communities. For the full collection, click here. 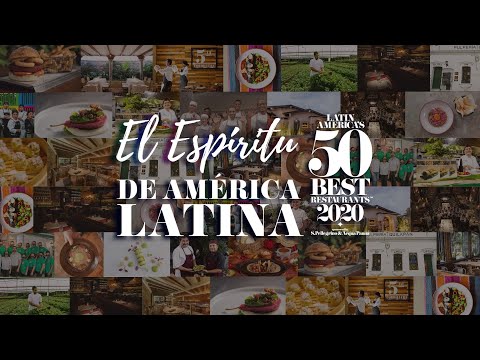