SYDNEY, May 30, 2018 /PRNewswire/ -- The 2018 Moutai@Australia brand promotion event, launched by Chinese liquor maker Moutai, kicked off on May 29. The Moutai Group team had lined up many meetings in Sydney. Sydney and the state of New South Wales (NSW) form the most populous and economically developed region in Australia. 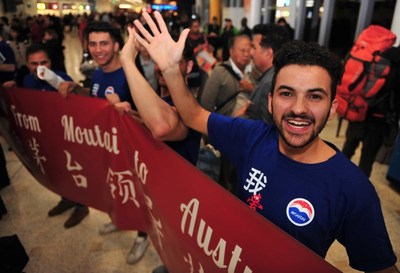 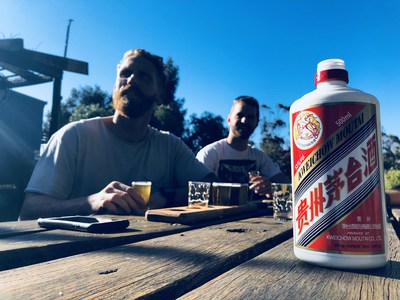 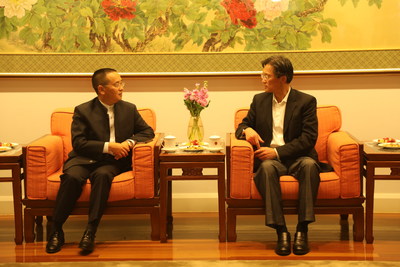 The Moutai delegation met with agencies of the NSW state government including the Legislative Assembly, as well as with the Consulate-General of China in Sydney. Deputy general manager of Moutai Group and chairman of Moutai's subsidiary Xijiu Zhang Deqin expressed his intention to explore collaborative opportunities and seek support from government agencies, businesses and overseas Chinese in Australia, laying a solid foundation for Moutai's global expansion. "We will push ahead with Moutai's global expansion, which also needs everyone's support across the board," Mr. Zhang said.

The NSW government: Moutai is a major contributor to Sino-Australian friendship

11:30 am at the NSW Parliament. The Legislative Assembly and Legislative Council were well prepared for the arrival of the Moutai delegation.

After completing what was on the agenda for that morning, NSW Premier Gladys Berejiklian met the Moutai delegation in the parliamentary chamber.

"We are grateful for Moutai's visit. We look forward to not only expanding our business ties and cooperation, but also deepening the friendship and cooperation between the Chinese and Australian people," Premier Berejiklian said. "We wish Moutai's promotional event in Sydney great success."

After the meeting, Ms Berejiklian presented the award that she had personally signed, naming Moutai as a China-Australia Friendship Meritorious Enterprise, to Mr. Zhang, saying, "Please extend my best wishes to the people in Guizhou."

After giving a short introduction on the development of Moutai over the years to the attendees, Mr. Zhang expressed his gratitude for Ms. Berejiklian's enthusiastic support, "We are grateful for the honor you and the NSW government have bestowed on Moutai, and we also sincerely welcome you to visit Guizhou and particularly Moutai's facilities there."

NSW Legislative Assembly member Dr. Geoff Lee prepared an authentic luncheon for the members of the Moutai delegation at the NSW Parliament House. Geoff Lee is half Chinese, with his forebears on his father's side having emigrated to Australia a century ago.

Recalling his first visit to China in 1986, Dr. Lee said China has experienced dramatic changes in the ensuing decades. "Moutai, a well-known brand in China, has made significant contributions to the economic ties between China and Australia."

"Your visit coincides with the ongoing Vivid Sydney," Dr. Lee said. "We welcome Moutai to seek further development in Australia and particularly Sydney." Australia's economy is closely related to China's development, and cooperation is critical to the economic development of the two countries.

"I drank Moutai when I went to Harbin and Shanghai for a holiday during the Chinese New Year, and it was an unforgettable memory," he commented.

According to local dealers, Moutai is quickly gaining popularity among the mainstream population in Sydney.

During the luncheon, President of the NSW Legislative Council John Ajaka came to meet the guests from Moutai and learn the details of Moutai's promotional event in Sydney. He invited Mr. Zhang to his office and pointed to a cabinet containing many wine bottles, saying, "I have collected many wines from around the world. I've had Moutai and it's quite amazing."

Chinese Consul General in Sydney: I look forward to Moutai making more friends in Australia and giving an overall introduction to Moutai culture

3:30 pm at the Consulate-General of China in Sydney.

"Moutai, the national liquor brand of China, has made great contributions to China's friendly ties with other countries. At the Consulate-General, we know that Moutai is world-renowned," Chinese Consul General in Sydney Gu Xiaojie said in his opening speech when meeting the Moutai delegation. "Moutai's promotional event in Sydney is very meaningful and will become a major milestone in introducing the culture of Moutai to Australia."

Mr. Gu said that Australia is a multicultural country and it will be helpful for Moutai to expand its global influence by opening the market here. "I hope Moutai can make more friends here and introduce the culture of Moutai to all walks of life."

"We aim to bring Chinese traditional culture to Australia by promoting the culture of Moutai here," Mr. Zhang said. "Moutai's tens of thousands of employees, including my predecessors, attach great importance to traditional culture, and cherish and are committed to carrying on the legacy of the traditional craftsmanship of our ancestors. I believe that the reverence for and dedication we have given to the preservation of the traditions are key to Moutai's success." Moutai is one of the companies with a long history that has done an excellent job at being an inheritor of Chinese civilization.

"We have hundreds of thousands of tons of old liquor in stock. While adhering to strict quality systems and cultural inheritance, we also are continually developing our technical skills in a move to enhance overall quality," Mr. Zhang added. "With the economic development that has taken place in China over recent years, Moutai has become the world's number one liquor maker by market capitalization and the largest liquor company in China."

"Moutai's determination in protecting and taking responsibility for Chinese traditional culture is commendable," Mr. Gu noted. "The Consulate-General of China in Sydney will fully assist Chinese companies in expanding globally and support the promotional efforts on behalf of Moutai Group in New South Wales." Economic and cultural exchanges can deepen the understanding between the people of two countries. Australia is home to more than one million overseas Chinese who form a hardworking and welcoming community that enjoys a good reputation locally, creating good conditions for close ties between the two countries.