CAESAREA, Israel, July 9, 2019 /PRNewswire/ -- This week, ConTIPI Medical Ltd. received US Food and Drug Administration (FDA) approval to market its new product, the first of its kind, designed to treat pelvic prolapse in women (such as the uterus and bladder). 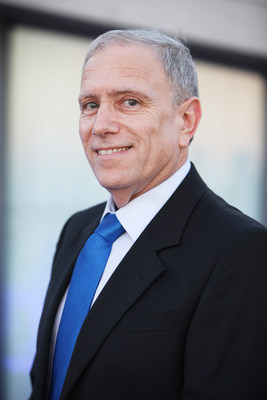 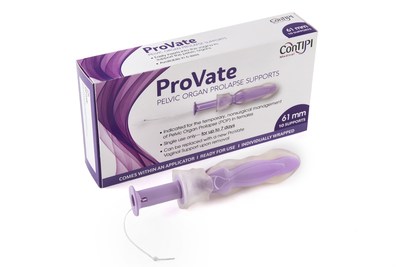 ConTIPI Medical Ltd. is an Israeli biotechnology company that develops disposable and non-invasive devices for the treatment of pelvic floor dysfunctions in women, and has so far developed 2 major products from its patent portfolio. The first product designed to treat stress urinary incontinence was sold in 2013 to Kimberly Clark Worldwide and is now available for sale off the shelf in North America. The second product, which has been under development for more than four years, is intended for the treatment of pelvic organ prolapse, received two years ago a European sales permit (CE) and now has also received FDA clearance in the United States.

The Company's developments are a major breakthrough in a market that has been largely neglected in recent years and has lacked any significant clinical innovations in the last 20 years. Experts estimate that there are more than 100 million women in the world with some degree of pelvic prolapse, of which about 10 million are women who symptomatic and are interested in diagnosis and treatment. The market for treatment of pelvic organ prolapses is now estimated at $ 20 billion a year, but is expected to grow significantly in the next few years due to increased awareness among women and the aging of the population. The Company's products are a social "revolution", since they enable the transfer of control over the medical problem to women, in a completely discreet manner, with only limited involvement of the medical system. It is the patient who decides on the treatment and its availability, and uses the device (similar to the insertion of a tampon) at a convenient time and place.

Dr. Elan Ziv, founder and CEO of the Company, notes: "For many years we have been working to promote pelvic floor solutions and products that will help every woman conduct a normal life and fully control her medical condition. This is an innovative groundbreaking product, enabling women to control their medical problem and we assume that the product will soon be available to millions of women worldwide who would be interested in treatment."