NANCHANG, China, Oct. 13, 2021 /PRNewswire/ -- The finals of the 7th China International College Students' "Internet+" Innovation and Entrepreneurship Competition kicked off on October 13th in Nanchang, capital of east China's Jiangxi Province. The event was organized by the Ministry of Education of the People's Republic of China and Jiangxi Provincial Government. 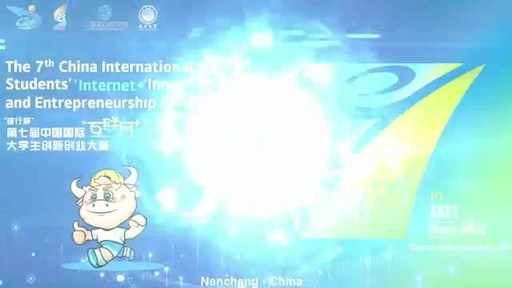 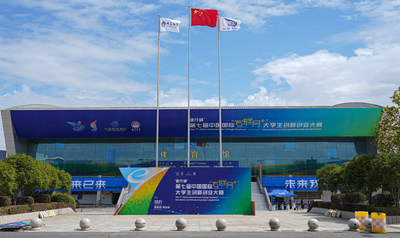 This event, both online and offline, with "Brave, Creative as I Can Be" as its theme, has attracted the participation of more than 9.56 million students of 4,347 colleges and universities from 121 countries and regions, with a total of 2.28 million projects involved.

With a separate "Undergraduate creativity team" set up, the competition organizer has tried to provide more opportunities to college students, make sure their in-depth participations, and so more "future stars" of innovation and entrepreneurship could stand out.  The age limit of competition participants is 35 years old.

An "Innovation and Entrepreneurship Achievement Exhibition" was also held during the competition, with the aim to highlight the achievements of colleges and universities around the country, by implementing the fundamental task of building morality and cultivating a new force for mass entrepreneurship and innovation.

Despite COVID-19 situation, students from the world top 100 universities, including Oxford University, Cambridge University, Harvard University, Stanford University and MIT, formed teams to sign up for the competition. Through the combined forms of online and offline, participating teams at home and abroad have realized people-to-people communications, cultural exchanges and competitions. The event has helped built the largest communication platform for global innovation and entrepreneurship education, as well as enhanced the international impact and competitiveness of China's higher education.

Besides keeping the main higher education track, vocational education track and emerging track, this competition has added an industry and business proposition track, which has caught attentions of many well-known enterprises such as Huawei, Tencent, JD, ByteDance and China Southern Airlines. This has effectively promoted the transformation of competition achievements, nurtured a good ecosystem for collaborative training of innovative and entrepreneurial talents, and promoted the transformation and application of scientific and technological innovation achievements.

Inaugurated in 2015, the China International College Students' "Internet+" Innovation and Entrepreneurship Competition has been held annually for seven consecutive years.

This year's event is jointly sponsored by 12 ministries including the Ministry of Education and the Jiangxi Provincial People's Government, and is hosted by the Nanchang University and the Nanchang Municipal People's government.

SOURCE Ministry of Education of the People’s Republic of China