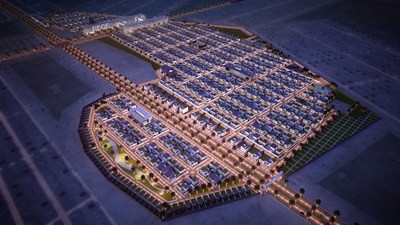 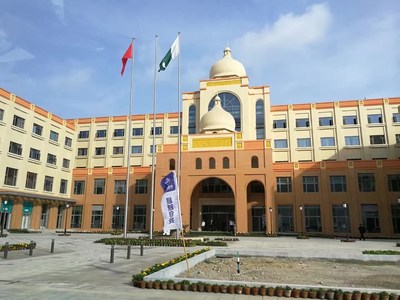 The announcement comes at a time of great excitement for Gwadar with the inauguration of the first phase of the Gwadar Freezone by China Overseas Port Holding Company (COPHC) this past Monday. Works on the Freezone were carried out in record time and according to COPHC, some 30 companies in different businesses such as hotel, bank, logistics and fish processing have entered the free zone with direct investment of about 474.3 million U.S. dollars and are expected to output annual value of 790.5 million U.S. dollars after full operation.

Officials expect Gwadar's cargo handling capacity to increase to 1.2 million tonnes by the end of this year and it will be able to process about 13 million tons by 2022, making it the largest port in South Asia.

Chinese partners say they would need around 38,000 skilled workers by 2023 for operations of the Free Zone alone, according to Dostain Jamaldini, Chairman of the Gwadar Port Authority. He says of the 2,500 current workers, around 500 are Chinese nationals and the rest are locals.

International Port City hails an exciting new phase in the development of the Port of Gwadar, the 'Gateway City' to the $62 billion China Pakistan Economic Corridor (CPEC).

Hao-Yeh Chang , corporate communications director for China Pak Investment Corporation commented, "We believe Gwadar is following in the footsteps of Shenzen which represented a historic population rise, from a population of 30,000 in 1980 to 11 million people in 2017. Gwadar is poised to see massive population growth due to incoming industries and we will deliver the social infrastructure required to feed this growth".

The China Pak Investment Corporation has revised the scheme's plans in line with international developments standards and has received full government approvals included restoration of NOC from the Gwadar Development Authority.

The $150 million gated master community will feature a range of state-of-the-art amenities including an open-air shopping boulevard; indoor shopping mall; restaurants and eateries; an international school & nursery; six community parks; indoor and outdoor sports facilities including tennis courts and a resident's gymnasium; a water desalination plant and recycling centre. International Port City will also be home to the Gwadar Financial District, catering to the growing financial sector and adding much needed A Grade office space to Gwadar's growing market.

The launch of International Port City was held this past weekend on the 27th-28th of January 2018 at the prestigious Grosvenor House Hotel on Park Lane in London's Mayfair. The first phase was sold out at the event and a limited number of plots are expected to be released in the coming weeks for private sale with roadshows planned across the UK, USA and Middle-East.

"Building communities for a brighter tomorrow"