BEIJING, Dec. 7, 2020 /PRNewswire/ -- When comes to a Chinese city that resembles Boston, quite a few netizens would name Tianjin, a city blending modern vibe with traditional heritage.

Ranked the third largest urban land area after Beijing and Shanghai, Tianjin created a uniquely compatible urban style, Chinese and Western, ancient and modern, making the best use of its 600 years' history and coastal location.

With the business and merchants came vendors and their food stalls, nurturing a vibrant street food culture.

Because of northern China's arid environment, Tianjin's street food is heavy on wheat-based carbs, most notably buns and pancakes. Dishes like jianbing, a Chinese breakfast crepe, and steamed pork buns, which are now world-famous, came from this city.

Apart from food, the old city is also home to diverse folk customs, such as Xiangsheng, or comic cross talk. It is usually presented through a dialogue between two performers, or, much less often, a solo monologue or, even less frequently, a multi-person dialogue. The comic language, rich in puns and allusions, is delivered in a rapid, bantering style. Crosstalk is one of China's foremost and most popular performing arts.

Another landscape features its large collections of Western architecture that has been well preserved through years. This adds to its similarity with Boston, reconciling different cultural presentations into one.

Forced to open to foreign trade in 1860, Tianjin was under agreements between the Qing-dynasty government in China and foreign powers. Its Wudadao (Five Great Avenues) Tourist Area used to be the British concession more than a century ago. The area now accommodates over 2,000 buildings with a wide variety of architectural styles from Britain, France, Italy, Germany and Spain.

In this video, Russian host Sabina will lead you through an experience of Tianjin, including food, traditional arts and tourist sites. The video was filmed and produced by China Matters. 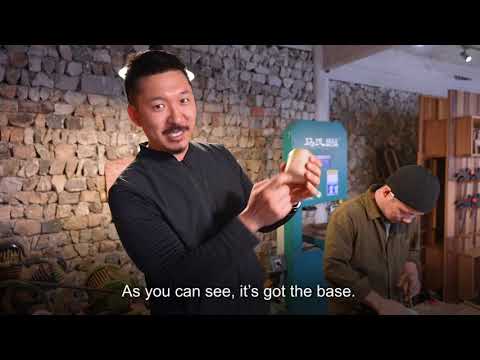 China Matters tells the story of Ms. Pan and her Mountaintop...