BEIJING, Jan. 1, 2021 /PRNewswire/ -- 2021, a year that marks the beginning of China's new five-year plan period and the 100th founding anniversary of the Communist Party of China (CPC), is knocking at the door.

What are Chinese President Xi Jinping's expectations for 2021, especially after the country's hard-won achievements in 2020? 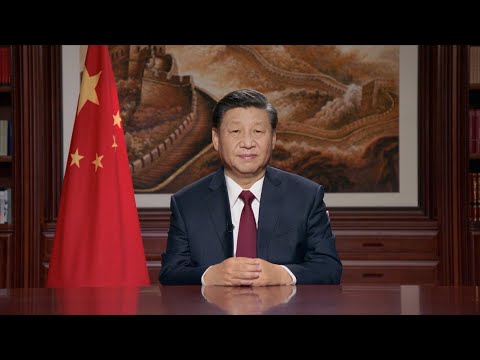 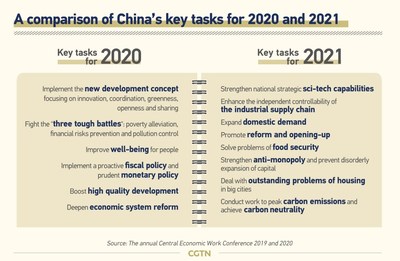 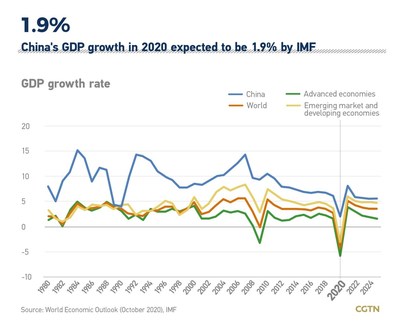 Clues can be found in his New Year address.

China will enter a new stage of development to build a modern socialist country in an all-round way in 2021, as the CPC leadership has adopted proposals for formulating the 14th Five-Year Plan and long-range goals.

"The road ahead is long; striving is the only way forward," Xi said in his address, calling for efforts to set up a new pattern for development to be accelerated, deeply implementing high-quality development and further deepening reform and expanding opening-up.

Rising above virus test, China's top leaders set the economic priorities for 2021 in the key Central Economic Work Conference held in December, stressing that China will keep its macro policies consistent, stable and sustainable in 2021, with continued implementation of a proactive fiscal policy and prudent monetary policy.

In 2021, the country will take a solid first step in building the new development paradigm in which domestic and foreign markets reinforce each other, with the domestic market as the mainstay.

Meanwhile, the president stressed the need to keep working hard to promote rural vitalization as the country has achieved decisive success in eradicating extreme poverty in 2020.

In the next five years, efforts will be made to consolidate achievements in the fight against poverty and fully promote the strategy of rural vitalization, according to the CPC Central Committee's proposed major social and economic development targets for the 14th Five-Year Plan period (2021-2025).

Read more: China is set to end absolute poverty by 2020, what's next?

To realize all these goals, upholding the Party leadership is the most fundamental guarantee, Xi has said on many occasions.

In his New Year address, Xi described the Party as a gigantic vessel that leads China forward steadily with people's expectations and the hope of the nation and stressed the importance of "original aspiration."

The CPC was founded with an original aspiration: the mission to seek happiness for the Chinese people and rejuvenation for the Chinese nation, and has remained committed to the people-centered philosophy of development.

Looking back at 2020, the president described the year as an "anti-epidemic epic" and devoted much of his address to highlighting China's all-out people's war against COVID-19.

"Greatness is forged in the ordinary. Heroes come from the people. Every person is remarkable!" Xi said, before sending his sympathies to all those infected with the coronavirus.

In September, three outstanding medical professionals were conferred the national honorary title "the People's Hero," while a total of 1,499 individuals, 500 groups, 186 CPC members and 150 primary-level Party organizations were commended for their roles in fighting the epidemic, and another 14 Party members were posthumously awarded.

Wuhan's war on COVID-19: How China mobilizes the whole country to contain the virus

Meanwhile, China has participated actively in several global meetings to provide the international community with solutions and experiences, such as the G20 virtual summit on COVID-19, the summit of the Association of Southeast Asian Nations (ASEAN), China, Japan and South Korea (ASEAN Plus Three or APT) on COVID-19, and a special ASEAN-China Foreign Ministers' meeting on the outbreak.

China is the first major economy worldwide to achieve positive growth in 2020, and its GDP is expected to step up to a new level of 100 trillion yuan. China has seen a good harvest in grain production for 17 years in a row, according to the president.

Within eight years, under the current standard, China has eradicated extreme poverty for the nearly 100 million rural people affected, and all the 832 impoverished counties have shaken off poverty, he added.

The president also recalled the unforgettable memories in 2020, including his inspections of 13 provincial-level regions, the 40th anniversary of the Shenzhen Special Economic Zone and his phone calls with friends from the international community to combat the pandemic.

As the pandemic is still ravaging the world, President Xi highlighted the significance of a community with a shared future for mankind, especially for the post-pandemic world. 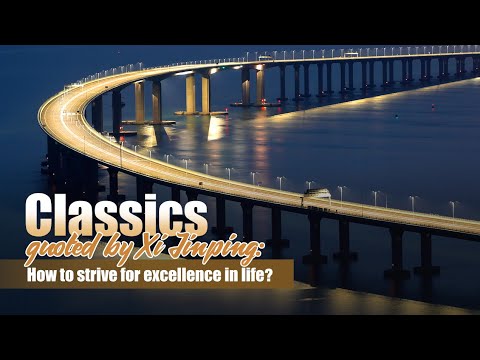 CGTN: Classics quoted by Xi Jinping: How to strive for excellence ... 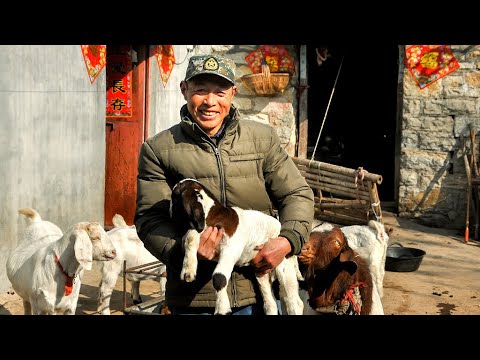 CGTN: 98.99 mln people out of destitution: How did China achieve...