BOSTON, Nov. 3, 2021 /PRNewswire/ -- Catapult, the global performance technology leader in elite sports, today announced new innovations that combine the power of its Ice Hockey Analytics Series and the unique movements of goaltenders so teams can better manage athlete performance. The debut of the Hockey Goaltender Analytics solution is the first of its kind for the sport of ice hockey and gives players and coaches a 3600 view of goalies, specifically tailored to their unique positional movements.

"The goalie position is incredibly unique in hockey and is the only athlete that plays the entire game. Now for the first time ever coaches and players can accurately quantify the work being done by that position beyond simply time on ice," said Will Lopes, CEO of Catapult. "The accuracy and uniqueness of the data this new solution provides will empower teams to better manage the health of their goalies and finally have a comprehensive view of the work these athletes perform."

The new Hockey Goalie Analytics solution was developed directly from the insights of the most elite hockey teams in the world, including six National Hockey League teams. The unique customer insights were honed from a number of goalies and are based on the 360° movement of 2,924 different "events" on the ice.

With Hockey Goalie Analytics' position-specific software, coaches can use objective data to reduce the risk of injuries specific to a goalie's position. The metrics now available to coaches and players, include:

"The league has evolved dramatically over the last 10 years from a time when goalies would play a heavy amount of the schedule to now something more balanced," said Matt Price, director of strength & performance science for the NHL's Los Angeles Kings, who participated in the multi-month beta test to develop the new technology.

"We had generic metrics such as time on ice that helped us start the conversation around what our goalies were experiencing, but Catapult opened up another layer of the conversation with more specifics about their unique movements and playing patterns. It's added a crucial level of player management for our team."

This new innovation joins Catapult's Ice Hockey Series of solutions, which are: Ice Hockey Skating Analytics and SMT Game Day Importer. Now ice hockey coaches can have a single source of truth for the performance of every athlete on the ice, no matter the position. This allows for improved team performance and prevents overloading, which can cause injury. The new Hockey Goaltender Analytics solution will be available starting in mid-November.

Catapult began working with NHL teams more than 15 years ago and today powers teams around the world, including the Canadian Women's Ice Hockey team competing at the 2022 Olympics.

The Los Angeles Kings compete as a member of the NHL's Pacific Division in the Western Conference and have won two Stanley Cups.

Learn more about how the LA Kings use Catapult's performance analytics for goalies on Catapult's blog.

ABOUT CATAPULTCatapult exists to unleash the potential of every athlete and team on earth. Operating at the intersection of sports science and analytics, Catapult products are designed to optimize performance, avoid injury, and quantify return to play. Catapult has over 400 staff based across 24 locations worldwide, working with more than 3,200 elite teams in 137 countries globally. To learn more about Catapult and to inquire about accessing performance analytics for a team or athlete, visit us at catapultsports.com. Follow us at @CatapultSports on social media for daily updates. 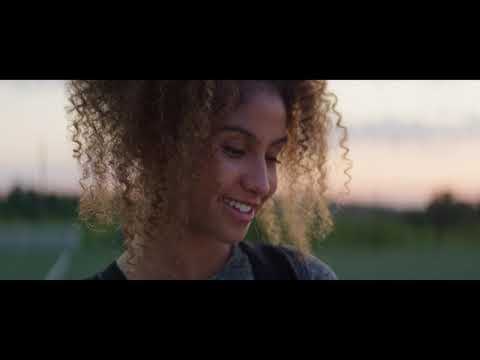