In December 2017, President Donald Trump, received the Friends of Zion Award from the founder of FOZ, Dr. Mike Evans, who serves on the Trump Faith Initiative. 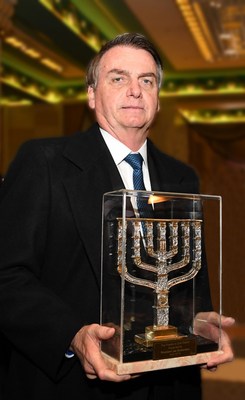 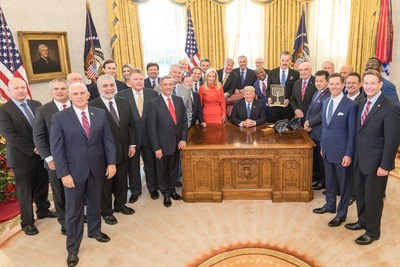 Upon his arrival, President Jair Bolsonaro met with Israeli Prime Minister Benjamin Netanyahu. In the FOZ Museum, Prime Minister Netanyahu is quoted saying "I don't believe the Jewish State and modern Zionism would be possible without Christian Zionism." President Bolsonaro and Brazil's friendship with the State of Israel speaks to the Friends of Zion's message, saying that his government is "determined to strengthen the partnership between Israel and Brazil."

In the past few months, President Bolsonaro has reaffirmed his support of the State of Israel. He has also confirmed his commitment to strengthening relations between Brazil and Israel, subsequently announcing that his country will be opening an Economic Mission in Jerusalem, Israel's capital.

Brazil also played a role in the establishment of the State of Israel. In 1947, Brazil voted in favor of the UN partition plan, supporting the creation of a Jewish state in the Land of Israel. Ambassador Osvaldo Aranha, head of the Brazilian delegation, was a key supporter of the plan.

The map of the UN vote is displayed in the Friends of Zion Museum, which hosts tens of thousands of Brazilians annually, showing them that they have always been true friends of the State of Israel and the Jewish people. The Israel-Brazil relationship has spanned decades; Brazil was one of the first countries to recognize the State of Israel in 1949.

The Friends of Zion Museum recently surpassed 58 million members, making it one of the largest pro-Israel sites in the world. According to Dr. Mike Evans, "amongst the 58 million social media friends we have, millions of its supporters come from Brazil, which is the fifth largest nation in the world."

Previous recipients of the Friends of Zion Award were President George W. Bush, the Crown Prince Albert II of Monaco, President Rosen Plevneliev of Bulgaria, and President Jimmy Morales of Guatemala for their unwavering support for the State of Israel and Jewish people.

The Friends of Zion Museum reveals fascinating stories emphasizing the support and heroism of the many friends of the Jewish People and the State of Israel. It serves as a portal to fight global anti-Semitism and to stand strong against the BDS movement.

Along with former International Chairman the late President Shimon Peres our board is honored to include General Yossi Peled, head of the FOZ Israeli Board of Trustees.

The Friends of Zion Heritage Center is a $100 million-dollar project that has become one of the central institutions in the State of Israel influencing the world and strengthening Israel's relations globally while fortifying the pillars of Israeli society.