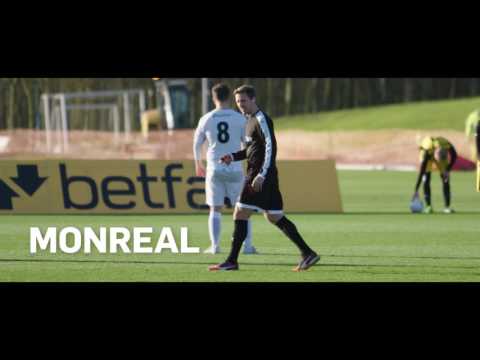 Online bookmaker Betfair has launched its new campaign 'Back The Whistleblowers' which highlights the crucial role that match officials play in the beautiful game and raises awareness of just how tough it can be.

As part of the campaign, Betfair has partnered with independent organisation You Are The Ref (YATR) which helps referees, at all levels, progress their skill set. Betfair has committed to donating £10 to You Are The Ref for every yellow card issued in the Premier League to date (including this weekend's games), showing the brand's commitment to referees at all levels. The money donated will be used to send more grass roots referees on special training courses to help improve the overall standards of refereeing and participation numbers in the UK.

Betfair has launched this awareness campaign as part of their partnership with Arsenal Football club and three of the club's players; Giroud, Monreal and Cech took it in turns to officiate an 11-a-side amateur match. Among the amateur players involved were ex-Premier League officials Mark Halsey and Glenn Turner, who were tasked with rating the refereeing performance of each of the Arsenal stars.

Ex-Premier League referee, Mark Halsey, commented "Giroud took it all in his stride and made some great decisions on the day, something he also does on the pitch as a player. Cech showed his leadership qualities and relished the pressure, making two great decisions, one resulting in a player being sent off for a handball on the line."

"Monreal found the decision making a lot harder than he predicted and afterwards said he underestimated the responsibility that referees have in a game."

Betfair also worked alongside an anonymous referee to produce an insightful series of blogs that focus on the challenges faced by the modern official. The first of these blogs, entitled 'Managing Managers' provides anecdotes focusing on the pressure referees face from managerial figures. Similar blogs will be released in the run up to the weekend's fixtures addressing issues of disgruntled players and the training that goes into making it as a referee at the top flight level.

Harry Phillips, Betfair Spokesman, said "Betfair's Back The Whistleblowers campaign is particularly relevant at the moment with so many officials under fire during and after each game. We wanted to partner with You Are The Ref to show our support for such a difficult job and to help them with the improvement of refereeing standards in the UK."

"Referees performances and decisions are under the spotlight and there is constant discussion about refereeing standards. It's one of the toughest jobs in the sport, but someone has to do it. Without referees we wouldn't have football."

"Betfair are donating £10 to You Are The Ref for every yellow card issued to date in this year's Premier League, we will also include cards issued by officials this weekend, with the target of raising £20,000 for the cause."

Betfair is one of the world's largest international online sports betting providers and pioneered the betting exchange in 2000. In addition to its betting exchange, Betfair runs a full suite of online Sports betting and Gaming products. Betfair's innovative heritage remains and we have continued to break new ground with recent product innovations including 'Cash Out', 'Price Rush' and 'Acca Edge'.

About You Are The Ref: