LONDON, April 15, 2019 /PRNewswire/ -- Iconic British brand Ben Sherman announces an exciting multi-year agreement that will see it appointed as an official supporter to Team GB for the Tokyo 2020 Olympic Games and beyond. The brand will support the nation's finest competitors during the world's greatest sporting event. Ben Sherman will create exclusive looks to be worn by the British athletes during the official Opening Ceremony, as well as additional lifestyle apparel for retail. 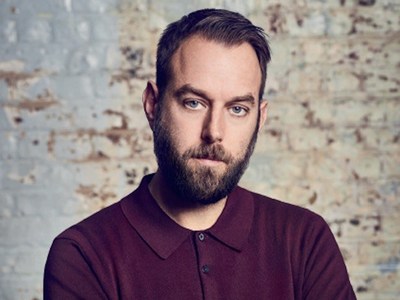 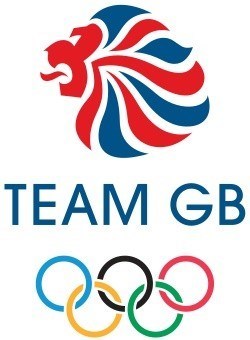 Ben Sherman Creative Director, Mark Williams will head up the design direction of the Opening Ceremony looks while also designing a capsule collection of supporters-wear. Williams, who has been with the brand since 2006, comments: "It's a real honour to be tasked with designing the collection.  We will use the brand's heritage, authenticity and aesthetic excellence to inspire the very same athletes who inspire us with their dedication, and sportsmanship. The design elements will hold true to the spirit of the Olympics and Great Britain.  We want the athletes to feel an immense sense of achievement and unity while representing the nation during the Opening Ceremony."

Fans will be able to purchase an exclusive capsule collection that will be available at Ben Sherman standalone stores, on bensherman.co.uk and at select retailers.  Since the British Olympic Association receives no annual government funding and is reliant on private and corporate sponsors, proceeds from the sale of the Ben Sherman official Team GB apparel will support British Olympians.

The partnership will be the second time that Ben Sherman has been appointed to work with Team GB having provided official outfits for the Athens 2004 Olympic Games.  Cory M. Baker, Chief Operating Officer of Marquee Brands, Ben Sherman's parent company, states that the partnership is "a time to come together and root for the athletes and for the icons that best represent the country.  I think fashion has found a home at the Olympics for much of the same reason. Ben Sherman is so intrinsically connected to its home here in the UK and now it joins a host of globally recognized brands, which are showcased at the Olympic Games."

Talbot Logan, who oversees the global Ben Sherman business as SVP, Brand Management at Marquee Brands adds: "From the beginning, the Ben Sherman brand has always been about inspiring each of us to be the best we can be – which is why working with Team GB  makes perfect sense. Team GB reminds us to believe in the extraordinary ability within each of us. In addition, Ben Sherman has always taken pride in our history of celebrating music, culture and sport."

British Olympic Association Commercial Director, Tim Ellerton, is keen to highlight the authenticity and creativity the Ben Sherman partnership brings: "Ben Sherman is a heritage brand synonymous with British fashion and having worked together for Athens 2004, they know what Team GB means in this country.

"The Opening Ceremony of a Games is a unique moment when the eyes of the world are on the team before the excitement of Tokyo 2020 commences.

"Ben Sherman is known for its creativity and class and we are already excited about the designs they have in mind that will introduce the brilliant Team GB athletes to the world at the Games in the best possible way."

Ben Sherman is an Official Apparel Provider to Team GB.

A retail capsule collection will also be produced launching in-stores and online May 2020.

Ben Sherman was a legend in his own right. Often described as 'always embracing the new and the different'; he constantly searched for the very best. Born Arthur Benjamin Sugarman, he began his career making shirts for other designers, it wasn't long before his creative flair took over and he started designing his own shirts. By 1963 Ben Sherman was ready to launch his own clothing line. For over fifty-five years the iconic Ben Sherman shirt and brand has been adopted by almost every seminal youth culture and style movement, it is still revered and worn by style leaders of today. Now a global lifestyle brand, Ben Sherman and the original Oxford shirt still remains a modern icon, there is simply nothing quite like an original Ben Sherman shirt. www.bensherman.com

Marquee Brands is a brand acquisition, management and development company. Sponsored by Neuberger Berman Private Equity, a business of Neuberger Berman, one of the world's leading employee-owned investment managers, Marquee Brands targets high quality brands with strong consumer awareness and long-term growth potential. Marquee Brands seeks to identify brands in various consumer product segments with the goal of expanding their reach across retail channels, geography and product category while preserving the brand heritage and enhancing the ultimate consumer experience. Through its global team of professionals and partners, Marquee Brands monitors trends and markets in order to grow and manage brands in partnership with retailers, product partners and manufacturers through engaging, impactful marketing and strategic planning. www.marqueebrands.com

The British Olympic Association (BOA) is the National Olympic Committee for Great Britain and Northern Ireland. Its mission is to develop, promote and protect the Olympic Movement in our territory in accordance with the Olympic Charter. The BOA achieves this through: