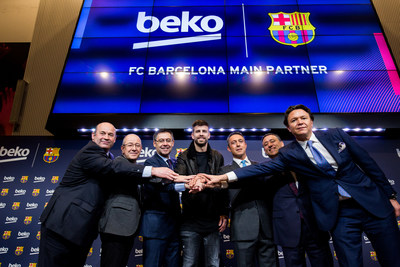 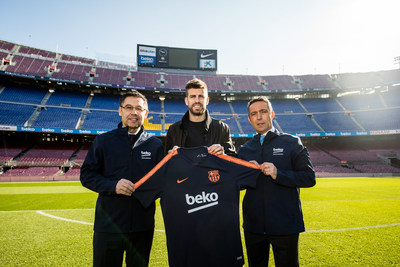 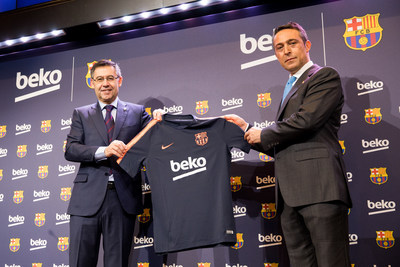 Beko, the leading domestic appliance brand in Europe, announced the extension of its sponsorship of FC Barcelona, which will see of a number of exciting joint initiatives over the next three sportive seasons.

Beko has been leveraging its brand awareness through FCB's global fan-base which reaches approximately 300 million. Brand also enjoys being one of the first 3 top recalled sponsors in 13 countries lead by Eastern Europe countries which has the highest sponsorship awareness. Since the beginning of 2014-2015 season when the first term of the sponsorship has begun Beko pursued a consistent growth in Spain and became one of the top three brands of the market. As the leading standalone home appliances brand has also increased its brand awareness in especially Asia Pacific, Middle East & Africa and Eastern Europe.

"NOT JUST A SPONSORSHIP BUT A SOCIAL CAUSE"

Both brands enjoy shared values, rooted in the desire to truly make a difference to people's lives both locally and globally. This shared vision has resulted in a global initiative from Beko, 'Eat Like A Pro', and today Beko and FC Barcelona announced Gerard Piqué as the global ambassador for the program.

'Eat Like A Pro' aims to help tackle the global epidemic of childhood obesity by helping parents and children on the importance of healthy eating and nutrition by showing what their heroes eat to perform at their best.

Beko is the international home appliance brand of Arcelik and a Global Premium Partner of FC Barcelona. It offers product lines including major appliances, air conditioners, small appliances. Beko is the leading freestanding home appliances brand in Europe in white goods sector and has been the fastest growing brand in overall European market between 2000-2016 With its leading position, Beko is one of the most important players in the UK's home appliances market ,holds top position in French freestanding and Polish total white goods markets.