XINING, China, Aug. 1, 2018 /PRNewswire/ -- This was published by Xinhuanet Qinghai/Europe. Below is the full article:

Once again, Qinghai Lake came under the spotlight as a backdrop to the annual "Tour of Qinghai Lake," the premier multi-stage cycling race in Asia taking place between 22 July and 4 August this year. 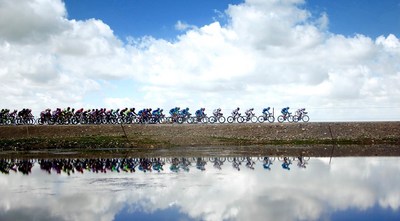 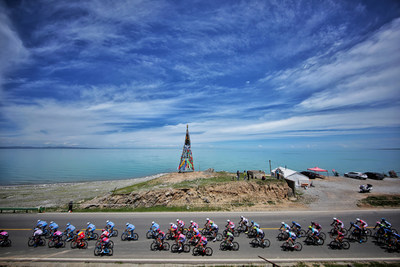 Behind the spectacular landscape created by man and nature, Qinghai Lake tells another story about China's effort to preserve and improve the environment.

Qinghai Lake, located in the northeast of the Qinghai-Tibetan Plateau, is the world's 2nd largest landlocked saltwater lake. It is also called the "Climate Regulator" or "Air Purifier" in the region, due to its critical role in preserving the local ecosystem and preventing desertification.

Qinghai Lake is considered Qinghai-Tibetan Plateau's "gene pool," where many species of waterbirds congregate and breed, and the only habitat of the nearly extinct Przewalski's gazelle is located. Therefore, it is a significant place for bird migration and environment studies.

"Those measures have effectively improved the environment quality and increased biodiversity in and around Qinghai Lake," said Deputy Director of the Qinghai National Nature Reserve Administration Yang Tao.

As the water area of the lake enlarges, which reached 4,497km2 in 2017, and environment improves, the number of species of water birds inhabiting there also increased to nearly 2,000, according to Director of Qinghai National Nature Reserve Administration He Yubang.

"We need to protect the Qinghai Lake environment as if it were our own lives, to make the best use of this precious natural heritage," said Director of Qinghai Lake Scenic Area Preservation and Utilization Administration Dong Jinming.

He noted that in the past two years his agency has launched several crackdowns on disruptive environemental activities around Qinghai Lake, demolishing over 100,000m2 of illegal construction, and removing more than 270 unlicensed advertising boards. Meanwhile, the agency is leading the effort to improve infrastructure and market regulation to develop a responsible tourism industry.