Tune in from your living room and you could earn £1000, tutoring from a national sports journalist and watch all the action unfold on the official television of the 2018 FIFA World Cup™ 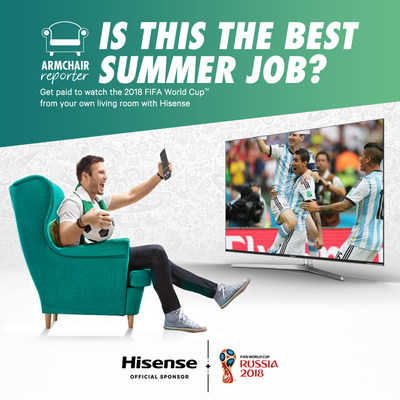 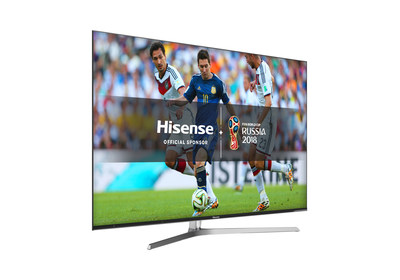 Everybody's an expert from the comfort of their own home but during the 2018 FIFA World Cup™, turn Armchair punditry into a paid summer job. One lucky recruit will be paid to become an official Armchair Reporter, providing match reports, comment and expert analysis on the tournament, without ever having to leave their living room.

The successful candidate will live out any football fan's dream, as they get paid to watch the drama unfold on their brand new, limited edition, Hisense U7A 4K TV; the official television of the 2018 FIFA World Cup™.

To assist in the recruitment process, Hisense UK has called on the expertise of a national sports journalist to be a part of their judging panel, who will also provide a tutoring session for the budding Armchair Reporter.

Speaking on the Armchair Reporter role, Arun Bhatoye, Senior Marketing Manager of Hisense UK, said: "This is a completely unique job, one for budding journalists or just football-mad England supporters who want to turn their passion into an incredible paid summer job!"

"Hopefully England will have a long and successful tournament experience, who knows, maybe our Armchair Reporter will end up writing about England's first FIFA World Cup™ win in over 50 years!"

Hisense UK is looking for talent, an original writing style and real personality. All reports and analysis will feature on Hisense UK's website, with additional content published across the brand's social media channels.

For more information on how to become the Armchair Reporter, including terms and conditions or to find out more about the 2018 FIFA World Cup™, win some incredible prizes via Hisense UK's Incredible Moments campaign, or learn more about the new range of Hisense limited edition televisions, visit: http://www.Hisense.co.uk