SEATTLE, Sept. 18, 2014 /PRNewswire/ -- Get ready to make your enemies, "cry some more," on the battlefield, Commander! To celebrate the worldwide release of Battle Nations on Steam, Z2 has teamed up with Valve, the creators of the critically acclaimed first-person shooter, Team Fortress 2, to bring Team Fortress 2 characters and all new missions to Battle Nations, an award-winning, humorous, turn-based, combat strategy game with millions of players and 3 billion gameplay sessions! 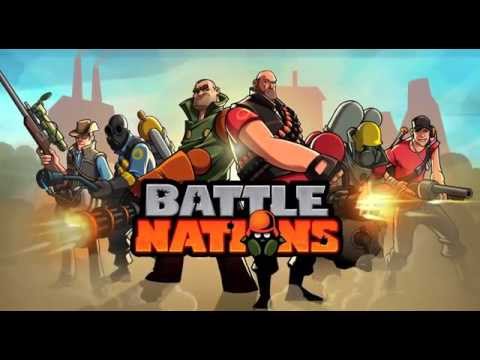 "It was exciting for us to have Battle Nations be Greenlit on Steam, opening the door to new players from around the world on the platform," said Lou Fasulo, CEO of Z2. "In addition, gamers on Steam will be able to seamlessly continue the fight on their mobile device."

In this explosive new Battle Nations update, players can enlist powerful Team Fortress 2 characters, increasing the might of their army to dominate other players. Team Fortress 2 units include the Heavy, Scout, Soldier, Pyro and the Demoman. Each character has been carefully incorporated into Battle Nations, with unique abilities and entertaining dialogue.

In addition to the expansive story-driven campaign experience that is core to Battle Nations, players can play all new and hilarious missions to help Team Fortress 2's Builders League United (BLU) team defeat their rivals, the Reliable Excavation & Demolition (RED) team. BLU also needs help in their hunt for a mysterious and powerful object, hidden somewhere in the Battle Nations world! Who knows what riches players will find buried in the continent of Ateria?

Experience the explosive new Battle Nations, Team Fortress 2 update, firsthand. The update is available to download for free on Steam and the App Store for iPhone, iPad and iPod Touch.

About Z2Z2 creates high-quality free-to-play mobile games for global audiences, including Battle Nations, Trade Nations, MetalStorm: Online, and MetalStorm: Aces. Based in Seattle, Washington, Z2's games have been played by more than 70 million people worldwide, and have generated over 7 billion gameplay sessions. To learn more, please visit the Z2 website. Connect with us on Facebook or follow us on Twitter.

Battle Nations, Trade Nations and MetalStorm are trademarks of Z2.