HAMILTON, Bermuda, June 20, 2019 /PRNewswire/ -- With less than 48 hours until the official first day of summer, BACARDI rum, global superstars Major Lazer and Brazilian pop sensation Anitta announced today the debut of "Make It Hot," an upbeat and contagiously fun new summer song, as well as the rum brand's new summer campaign, "Pass the Beat." The worldwide debut of the song and creative mark the culmination of an epic shoot last month that brought together the music heavyweights in Costa Rica. 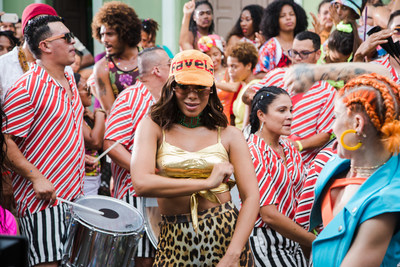 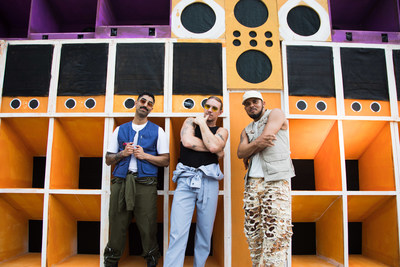 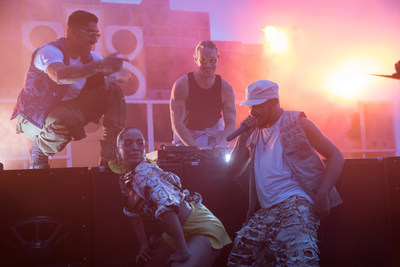 The Spanish-language song, debuting today on all music platforms, mixes in Anitta's sultry vocals with Major Lazer's colorful, dancehall-inspired beats. "Make It Hot" is the latest evolution of BACARDÍ's partnership with Major Lazer (Diplo and Walshy Fire) – now in its third year.  In "Pass the Beat", the new brand campaign, Anitta and Major Lazer visually reenact the process through which artists inspire other artists, passing on their energy and creativity from one to another. The new song is the perfect embodiment of the brand's overarching "Do What Moves You" campaign, which pays homage to the contagious energy you feel when you blend great music, vibes from the crowd and BACARDÍ rum.

"BACARDÍ is a brand that has found a way to genuinely integrate itself into music culture, so when we were discussing how to launch this song in a big way, we knew exactly who to turn to," said Diplo of Major Lazer. "Whether it's turning up at a music festival or traveling around the world to perform for our amazing fans, with BACARDÍ we are really able to get the party going with new music and great cocktails."

"I've worked with Major Lazer in the past, so coming together to create 'Make It Hot' felt like reuniting with family," said Anitta. "Pair that with a delicious BACARDÍ cocktail or two, we were destined to create something completely special and memorable. We can't wait for you to see it!"

Blurring the lines between reggae, dancehall, hip-hop and electronic music, BACARDÍ has long been bringing together music fans across different genres to experience a new type of party, and this summer is no different. The "Pass the Beat" campaign and the brand's presence at national music festivals mark a season full of refreshing cocktails and dynamic music for fans all summer long.

"'Do What Moves You" is at the core of everything we do at BACARDÍ, from the partners we collaborate with to the music festivals we show up at. We've worked closely with Major Lazer these past few years to define the unique 'Sound of Rum,' – something that inspires you to get out of your seat and celebrate," said Ned Duggan, Senior Vice President, BACARDÍ. "'Make It Hot' is the epitome of the 'Sound of Rum' and we're thrilled with how the campaign all came together – it's the perfect combination of music, cocktails and good vibes."

In addition to the new summer creative, the official music video for the new song will premiere on Wednesday, June 26. Helmed by director Jovan Todorović of Stink Productions, the music video and TV spot were filmed entirely in Costa Rica, directly inspired by BACARDÍ's Latin Caribbean island roots. The brand also recruited Lazer Gyals Sara Bivens and Helen Gedlu to dance alongside Major Lazer and Anitta, bringing a burst of vivid energy to the entire set and video. Together, against the backdrop of the country's colorful street corners and sprawling beach scenes, the final piece showcases stellar vocals and choreography.

"The music video has a very specific and well-designed look. In the spirit of 'passing the beat,' we employed precise, fast camera movements to pass and pan between the different dancers, parties and artists, which you don't see much in videos these days," said director Jovan Todorović. "Throughout the process, Major Lazer, Anitta and their dancers all had to learn this new camera language and how to play into it – it all worked out beautifully and we're excited with the final product."

"We had some big shoes to fill after last year's 'Dance Floor' TV spot, and when we heard the new song that Major Lazer and Anitta wanted to release, we knew we had to come up with a high energy campaign to match," said Laila Mignoni, Director of Creative Excellence, BACARDÍ. "Jovan had an amazing vision for the pace and treatment of the video, so when you pair that with the song and our BACARDÍ spirit we knew we had something that would inspire everyone to move this summer."

Beginning today, the "Pass the Beat" creative, developed by BBDO New York, will be amplified through various online video and social channels, including Hulu, Vevo, Snapchat and Instagram, targeting Major Lazer and Anitta fans as well as other relevant music genres. Fans can download "Make It Hot" starting today on all streaming platforms and with the music video premiering on Wednesday, June 26.

About BACARDÍ® Rum – The World's Most Awarded Rum

In 1862, in the city of Santiago de Cuba, founder Don Facundo Bacardí Massó revolutionized the spirits industry when he created a light-bodied rum with a particularly smooth taste – BACARDÍ. The unique taste of BACARDÍ rum inspired cocktail pioneers to invent some of the world's most famous recipes including the BACARDÍ Mojito, the BACARDÍ Daiquiri, the BACARDÍ Cuba Libre, the BACARDÍ Piña Colada and the BACARDÍ El Presidente. BACARDÍ rum is the world's most awarded spirit, with more than 800 awards for quality, taste and innovation. Today, BACARDÍ rum is made mainly in Puerto Rico where it is crafted to ensure the taste remains the same today as it did when it was first blended in 1862. www.bacardi.com

The BACARDÍ brand is part of the portfolio of Bacardi Limited, headquartered in Hamilton, Bermuda. Bacardi Limited refers to the Bacardi group of companies, including Bacardi International Limited.

©2019. BACARDI AND THE BAT DEVICE ARE TRADEMARKS.