CAMBRIDGE, England, Aug. 28, 2018 /PRNewswire/ --  Azuri Technologies, a leading provider of pay-as-you-go solar home systems to off-grid consumers, is among Prime Minister Theresa May's business delegation visiting Africa this week set to strengthen business relations between African countries and the UK. The visit will also showcase success stories such as that of the clean energy tech firm from Cambridge, which has developed successful trade partnerships across sub-Saharan Africa. 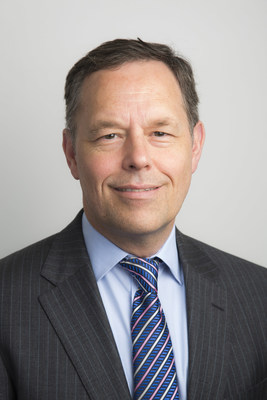 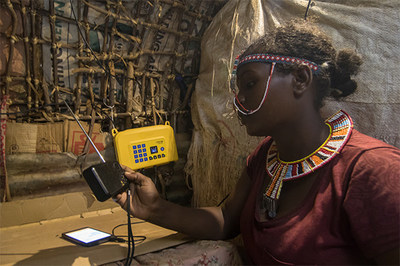 Azuri CEO Simon Bransfield-Garth is among the select group of UK business leaders who will meet with government officials and trade ambassadors from South Africa, Nigeria and Kenya this week to further the UK's position as a trading partner.

The PM and business leaders are in Cape Town today for the first of official meetings with dignitaries. The group will then travel to Nigeria for further meetings on Wednesday and then on to Kenya for a series of official engagements on Thursday.

On Thursday, Azuri CEO Simon Bransfield-Garth will be leading discussions around the future of renewable energy in Kenya with local government and UK officials during a round-table session. The session will also explore the importance of collaboration between UK and Kenyan and future investment.

"The visit from the Prime Minister highlights both the existing relationships between British companies and countries in Africa and the opportunities for the future. Africa has some of the fastest growing economies in the world and British businesses are ideally placed to support this growth and improve the lives of millions of consumers," commented Azuri CEO Simon Bransfield-Garth.

Azuri entered the solar market in Africa in 2012 and is now one of the leading providers of pay-as-you-go solar power lighting and TV systems, working in Kenya, Tanzania, Uganda, Zambia and Nigeria.

With over 600 million people in Africa having no access to electricity and many such households located in regions where the cost of rolling out grid electricity would be prohibitively expensive, the Cambridge-based company has been selling its innovative solar home solutions, delivering reliable, renewable and distributed power on an affordable pay-as-you-go basis.

In Nigeria, Azuri solar power was been installed in some 20,000 off-grid households in the North of the country in 2017 as part of the Government's "Beyond the Grid" initiative and further commercial installations are underway in 2018.

Across East Africa, Azuri is working with major local partner companies to bring solar power at scale to off-grid households, including the provision of seamless solar powered satellite TV providing over 50 channels.

In addition to providing power, to date Azuri has created over 5,000 new jobs via partner companies to sell, support and maintain solar home systems.

Solar power has been shown to have powerful economic and social benefits. Latest data shows solar households on average increased their income by US$35 per month. In addition, children in solar-powered homes were able to study for up to 90 minutes longer in the evenings, compared to households with conventional fuel lamps.

In 2018, Azuri was named the 233rd fastest growing company in Europe by Financial Times and Red Herring's Top 100 Europe.

Azuri's solar TV, the first solar home television on the market, continues to collect be industry accolades, the most recently being the 'Innovative Technology of the Year' award at the annual Africa Utility Week Industry Awards. Azuri also won an Edison Award for its innovation and excellence.

Azuri Technologies is a leading commercial provider of PayGo Solar Home Systems to rural off-grid communities. With the widest reach of any provider across East and West Africa, Azuri is leveraging solar and mobile technology to allow users in 12 different countries to access renewable, distributed power on a pay-as-you-go basis. Azuri's HQ is located in Cambridge, (U.K.), with substantial regional offices in Africa, including our East African HQ in Nairobi and our West African HQ in Lagos.