ZHUHAI, China, Feb. 18, 2019 /PRNewswire/ -- The Association of Tennis Professionals (ATP) announced that Zhuhai will serve as the host city for the ATP World Tour 250 Zhuhai Championships, from 2019 onwards.

The Zhuhai Championships, an ATP 250 level event, offering USD 1,000,000 in prize money, will be staged at the custom designed, state-of-the-art Hengqin Tennis Center in Zhuhai, and will be played the week of September 23rd to 29th in 2019, the week before the China Open in Beijing. It will be the first event on the post US Open "ATP Asian Swing". 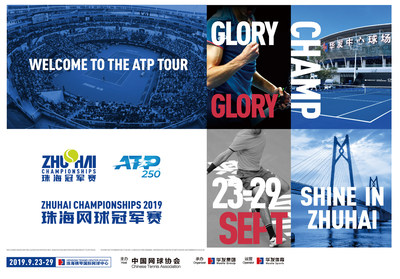 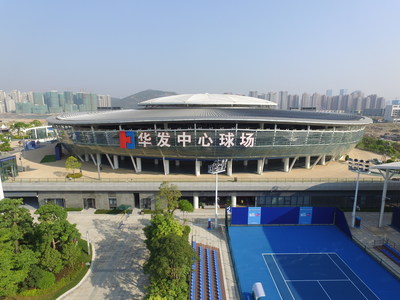 The City of Zhuhai is located on the southern coast of China, at the heart of economical dynamic Greater Bay Area, close to Hong Kong and Macau, and since 2015 has been selected "China's most livable city" by the Chinese Academy of Social Services. In October 2018, the Hong Kong-Zhuhai-Macau Bridge was officially opened making the City of Zhuhai directly and easily accessible by road from Hong Kong.

Alison Lee, ATP International Executive Vice President said, "On behalf of ATP, we welcome the City of Zhuhai to the ATP World Tour in 2019. I am sure the players will enjoy their time in the city and playing at the magnificent Zhuhai Hengqin Tennis Center. We look forward to seeing you there in September."

Leon Sun, Tournament Director said, "We are excited to move the tournament to Zhuhai. With the opening of new Hong Kong-Zhuhai-Macau Bridge, it is easier for players traveling from Hong Kong to Zhuhai. As the only ATP world tournament in southern China, we warmly welcome all the fans including from Hong Kong and Macau to enjoy great tennis in the new and modern venue. See you in September in Hengqin Tennis Center Zhuhai."

Peter LV, Executive Director of Huafa Sports, the Tournament Promoter and Operator said, As the promoter of the upcoming Zhuhai Championships, Huafa Sports is excited, experienced and confident to present a world first class ATP Tour event, providing high quality services to players, officials, sponsors, and tennis fans locally and afar. A grand and colorful tennis carnival will be staged in Zhuhai this September. Be our guest and be at home in Zhuhai.

Since 2015, Zhuhai, the beautiful costal city in South China, has started its endeavor in promoting tennis both at professional and amateur level. It has hosted the WTA Elite Trophy Zhuhai successfully for 4 years, and has garnered a stellar reputation in event operation and management, with the strong support from the local government and local tournament promoter Huafa Group. The Zhuhai Championships will become a new boost for the local tennis development and undoubtedly a highlight in the ATP tour calendar.

Established in 1980, Zhuhai Huafa Group has a history dating back to the establishment of the Zhuhai Special Economic Zone. As one of Zhuhai's two leading state-owned enterprises, it is the city's largest comprehensive enterprise group and a nationally known conglomerate that has been listed in both China's Top 500 Enterprises and China's Top 500 Service Enterprises for several consecutive years. Huafa Group has four holding companies that are publicly traded including Huafa Industrial Share (600325), Huajin Capital (000532), Huajin International Capital (00982) and Huaguan Technologies (871447). Based in Zhuhai, Huafa has expanded its footprint into more than 50 cities across mainland China, including Beijing, Shanghai, Guangzhou, Shenzhen and Wuhan, as well as internationally with a presence in Hong Kong, Macau, San Francisco and Tel Aviv. To date, Huafa has invested in more than 200 strategic firms in emerging sectors as well as in several firms involved in high-tech manufacturing. Huafa Group's focus for 2019 is to identify and engage with new opportunities that characterize themselves by their innovation, with a goal of strategically promoting and implementing the identified technology in a meaningful way that not only assures a profit for the firm but also serves the public good. Huafa's ultimate goal is become the local leader in terms of operating an enterprise that brings together Zhuhai's advantages in technology, finance, manufacturing and urban development through the invocation of corporate strategies that are aligned with global trends.

The 148,000-square meter Hengqin Tennis Center was designed by POPULOUS, a world-class architectural design company specialized in the concept and design of tennis centers. The center's first phase covers an area of 61,000 square meters, with a floor area of approximately 28,400 square meters including a 5,000-seat center court, a 1,500-seat court, four 250-seat courts and 12 outdoor training courts.

Several professional tennis events, including WTA Elite Trophy Zhuhai, Zhuhai Open and the Australian Open Asia-Pacific Wildcard Play-off, have been successfully held in the Hengqin Tennis Center. From 2019, the Zhuhai Championship will also be held in the center. In addition, Hengqin Tennis Center has served as the venue for many exciting sports events, including WDC International Style Latin Dancesport, the League of Legends Demacia Cup, the Chin Woo Men MMA and the Hengqin martial arts competition series, among others.