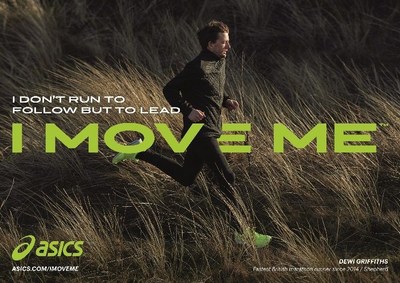 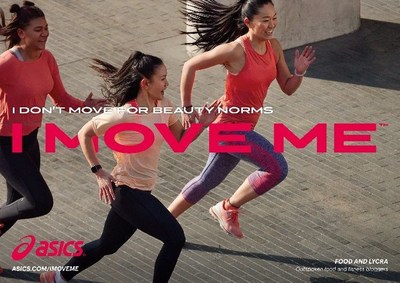 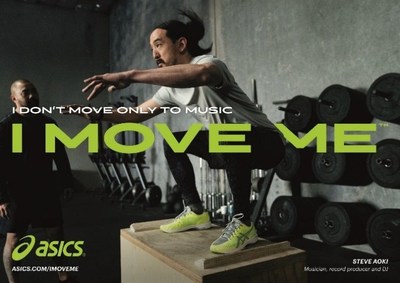 Today, ASICS launched its new brand platform I MOVE ME across EMEA, a fully integrated digitally-led campaign built around authentic storytelling. The aim is to inspire people to get active and move regardless of who they are and how they move as ASICS believes movement is a key to happier life.

Over the coming three months, the I MOVE ME campaign will launch with nine inspirational stories, from nine 'Movement Ambassadors' tailored specifically for Facebook, Instagram, Snapchat, Spotify and others. Each platform will publish uniquely tailored content, targeted at different demographics showing diversity in media approach as well as content.

The campaign puts inspirational characters at its heart, with the content series featuring human stories taken from a cross-section of society and athletes. Each individual has a personal story to tell of how movement has affected their life, the personal hurdles or societal judgement they had to overcome and what movement has given them, showing that movement helps leading a healthier, happier life.

The campaign will kick off on March 19th with Food & Lycra, the candid bloggers who feature in the first set of content, that want to take the pressure away from unhealthy relationships with food and fitness seen on social media - 'I don't move for beauty norms. I MOVE ME'.

Another one to watch, Welsh runner and shepherd Dewi Griffiths has always been active, his mum couldn't keep him still, but he never moved with goals in mind. On entering his first ever marathon in 2017, Dewi shocked himself and the running community by becoming the fastest UK marathon runner since 2014 - 'I don't run to follow, but to lead. I MOVE ME'.

For international DJ superstar and producer Steve Aoki balancing mind and body is vital, movement is his lifestyle. Movement is more than a way to get fit but is how he connects with people - 'I don't only move to music. I MOVE ME'.

I MOVE ME will tie product and brand together, unifying ASICS' belief that creating the highest quality products will enable consumers to celebrate their own personal movement. The campaign will continue to grow in each region through local ambassadors and in each of ASICS' brand stores.

Staying true to its core, I MOVE ME is a modern retelling of the original ASICS founding philosophy of, 'a sound mind, in a sound body' where mental and physical wellbeing are intrinsically linked.

The segmented campaign will run across 13 markets in EMEA, with over 1000 items of curated content allowing ASICS to reach over 400m people. Through the content ASICS aims to connect with its core audience of runners, performance athletes and inspire a new generation of movers to join the brand.

Björn Hamacher, Vice President Marketing ASICS EMEA: "I'm extremely excited for ASICS to bring its unique DNA to life with the most inspiring and integrated campaign we've ever produced. At ASICS our mission is to get the world moving and with this campaign we empower personal movement, encouraging you to get the most out of life. We believe that a sound mind fuels a sound body, and we aim to inspire and encourage as many people as possible to do what they love to do in their own personal way."

The content series was developed by brand communications agency SUPERLARGE on the back of the global I MOVE ME campaign from global lead agency Saatchi & Saatchi. I MOVE ME will be brought to life across all areas of the business by the newly established Integrated Marketing Communications team at ASICS, providing a seamless brand experience across all touch points.

Alvin Chan, Founder and Creative Director of SUPERLARGE: "We had a great brief to discover and share the true motivations and drive behind why athletes do what they do. It was really refreshing and inspiring to find out from our various movement ambassadors that there was no such thing as the right way to move, just as long as you do. This creative platform is powerful in its honest portrayal of how movement leads to a happier life. We're pleased to help ASICS launch a campaign that's true and human; in contradiction to the over-hyped, music-video, sports superhero content out there. Hopefully, it motivates people to get up and start moving!"

The diverse set of stories will be delivered with digital at the heart; an extensive multimedia plan including a partnership with Eurosport TV will roll-out across all platforms including social, print, OOH, integration at ASICS events, through the ASICS FrontRunner community and carefully selected brand-partnerships.

I MOVE ME is beyond a campaign, it's a platform that will be driving all ASICS brand and consumer communication consistently across the ASICS business, in line with ASICS founding philosophy which is more relevant today than ever.

I MOVE ME teaser video: https://youtu.be/rgsG5fjAR64