- The Candy Crush franchise is one of the most successful global mobile gaming franchises ever, and over the past five years, has been enjoyed by hundreds of millions of players around the globe

- The all-new Candy Crush Friends Saga, the biggest release yet from the Candy Crush franchise, will be available to download and play worldwide, from October 11th

NEW YORK, Sept. 27, 2018  /PRNewswire/ -- King, a leading interactive entertainment company for the mobile world and creators of the world's most popular gaming franchises, Candy Crush, reveals it is set to launch its biggest and most ambitious version of the game yet. The all-new, highly anticipated, Candy Crush Friends Saga will be launching worldwide on October 11th.

Candy Crush Saga took the world by storm in 2012, fast becoming the most downloaded game on the app store, and one of the most popular mobiles game to date, played by millions of people all around the world. The playful characters captivated players and swiping Candies became internationally renowned.

Now, in October 2018, comes the biggest addition to the Candy Crush franchise yet. Coming soon to Apple, Android and Windows devices, the new Candy Crush Friends Saga adds an additional layer of strategic thinking to the Candy Kingdom, as players are introduced to a vibrant, innovative, 3D world, where they will encounter a surprising gameplay experience with a range of impressive new features and exciting game modes.

For the first time in the history of the franchise, players can also look forward to a deeper connection to their much-loved characters, helping them take on different, fresh challenges around the Candy Kingdom with their unique powers.

"We're very excited to be launching Candy Crush Friends Saga on October 11th," said Sebastian Knutsson, Chief Creative Officer at King. "We've added unique features and a new layer of strategy and depth to the game that will take players on an epic journey through the colourful Candy Kingdom like they have never experienced before. For those who loved playing Candy Crush Saga the first time, you have to try this new game - you will really love it!"

On October 11th Candy Crush Friends Saga will launch at an epic, world record-breaking event in New York City where lucky selected attendees will be among the first to play the new Candy Crush Friends Saga, putting their skills to the test in front of a huge crowd, at the biggest, ever, live gameplay experience. There will be limited tickets available; for more details and to sign up for the chance to grab a ticket in please visit: https://www.eventbrite.com/e/candy-crush-friends-live-tickets-50730215440

King is a leading interactive entertainment company for the mobile world. It had 270 million monthly active users as of second quarter 2018 across web, social and mobile platforms, and has developed more than 200 exclusive games that are enjoyed all around the world through its king.com, Facebook, and mobile distribution platforms such as the Apple App Store, Google Play Store, Microsoft Windows App Store and Amazon Appstore. King was acquired by Activision Blizzard (NASDAQ: ATVI) in February 2016. King has game studios in Stockholm, Malmö, London, Barcelona, Berlin and Seattle, along with offices in San Francisco, Los Angeles, New York, Chicago, Malta, Tokyo, and Bucharest. 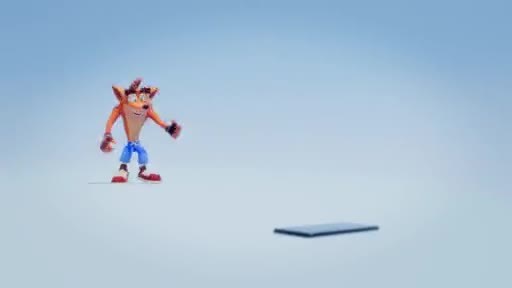 Crash Bandicoot: On the Run!™ Set to Bring Marsupial Mischief...