LANZHOU, China, Aug. 6, 2018 /PRNewswire/ -- This was published by Xinhuanet Qinghai/Europe. Below is the full article: 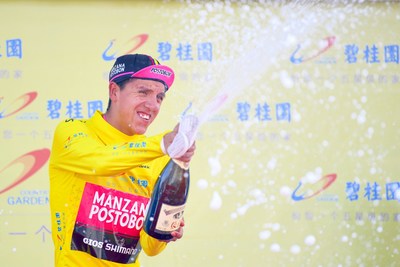 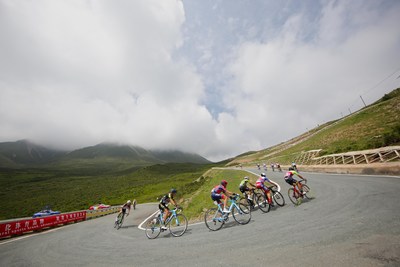 The 22-year-old essentially sealed the title - barring incident or health issues - after he won the fourth and sixth stage in the mountains to build up a one-minute-five-seconds lead, which turned out to be unassailable as the remaining seven stages were flat road races.

Kaden Groves of Australia, helped by his teammates, claimed victory in the final stage.

Piloted by the "greatest under-23 lead-out man in cycling" Jacob Hennessy, who has two podiums to his credit including third on the penultimate stage on Friday, Mitchelton-BikeExchange sprinter Groves continued to get his sprint train dialed in as he outsprinted other riders in a circuit race of Lanzhou.

"It was absolutely unreal for both of us to end up leaving the race with a win, especially being a Chinese team and racing here in China," said Hennessy, who also finished second to Australian Brenton Jones (Delko-Marseille Provence KTM) on Stage 2. "I think this might actually be our first big pro win in China."

Inaugurated in 2002, the Tour of Qinghai Lake is the world's 4th major annual road cycling race, following the Tour de France, Giro d'Italia, and Vuelta a Espana. At an average height of over 3,000 meters, it's called "the highest altitude bike race in the world", or "the Race in the Sky".

This year, the 3,671km-long race started on 22 July from Ledu, a historic city 95 km east of Xining, and finished in Lanzhou, capital of Gansu province, on 4 August, running through many world-known natural and cultural heritage sites, such as the Yellow River, Qinghai-Tibet Plateau, Qilian Mountains, and Hexi Corridor.

More information about the event: http://www.tdql.cn/.