Ahead of UK Mental Health Awareness Week 2018 (14th to 21st May), an independent survey of people diagnosed with type 1 and 2 diabetes, commissioned by Ieso Digital Health highlights the scale of stress and mental health problems affecting those living with this chronic condition. 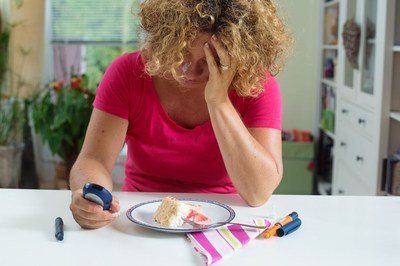 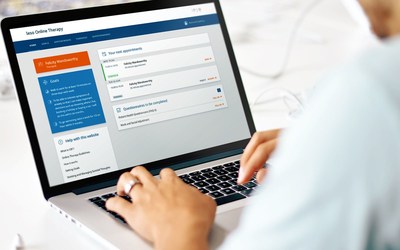 Around 700 people get diagnosed with diabetes every day in the UK. That's the equivalent of one person every two minutes[i]. This survey, compiled by Ieso Digital Health, the UK's largest provider of online CBT, shows that people living with diabetes are more likely to experience mental health problems compared with the general population. About one in four adults in the UK will suffer from a mental health condition each year[ii]; however the Ieso survey found that over half of patients with diabetes (51 per cent) have sought treatment for stress, anxiety, depression or other mental health problems. Three quarters (75%) of young adults (16-34) believe their mental health has been negatively affected by their diabetes.

According to Sarah Bateup, Chief Clinical Officer, Ieso Digital Health, "Mental health should be considered an integral part of on-going diabetes care.  We need to ensure a multifaceted approach including comprehensive assessment for mental health problems, educating patients to recognise stress and mental health problems and encouraging self‐care. Providing effective mental health interventions such as cognitive behavioural therapy (CBT) can help patients to address the emotional and behavioural aspects of living with a life-long condition such as diabetes."

Mental health issues can make it more difficult for diabetes sufferers to alter their diet and lifestyle to comply with medical treatment programmes.

Mental health issues linked to diabetes include feelings of loss, stress, anger, panic attacks, mood disorders, depression, anxiety and eating disorders[iii]. A depressed person is less likely to adhere to their diabetes medication or monitoring regimens which are necessary for effective management of diabetes, resulting in poor glycaemic control. Phobic symptoms or anxieties related to self-injection of insulin and self-monitoring of blood glucose are common, resulting in further emotional distress. Stress and depression are known to elevate blood glucose levels, even if medication is taken regularly.

Diagnosed with diabetes? Call to treat the whole patient, not just the physical symptoms.

Ieso patient John Riley said, "Mentally diabetes really got to me. The term 'life-long', hit me hard when I was first diagnosed and facing the prospect of having to inject myself every day for the rest of my life. I felt I was out on my own and got quite down and depressed. The tools the therapist gave me have really helped me to cope and the best thing is I can still access my account and review the things we spoke about. I would really recommend Ieso to others."

About Ieso's Survey 'A Darker Side to Diabetes'

This survey was commissioned by Ieso in April 2018 and conducted by Censuswide, an independent research firm and member of Market Research Society. The survey involved interviews from more than 500 people diagnosed with type 1 and type 2 diabetes, aged 16 years or older.

Ieso is the leading provider of online mental healthcare in the UK. Ieso is redefining the way that mental healthcare is delivered by making high quality cognitive behavioural therapy (CBT) accessible, accountable and affordable.  Ieso's unique modality has been clinically validated in a trial published in The Lancet in 2009. Online CBT mirrors face-to-face therapy and involves real-time personalised communication between therapist and patient in therapy sessions. Ieso is available through the NHS Improving Access to Psychological Therapies (IAPT) programme. Ieso is a multi-award winning business and begins 2018 as one of UK's fastest-growing technology companies, as lauded in the Deloitte Fast 50 competition. Ieso has also been recognised as one of the Sunday Times Disruptors to Watch and also was awarded the accolade of 2017 Digital Innovation of the Year. Launched into the US in 2017, the company is accelerating penetration there with a blue-chip management team with deep industry pedigree. For more information visit http://www.iesohealth.com/en-gb.

For further information or interview requests with Ieso please contact: