SYDNEY, June 1, 2018 /PRNewswire/ -- The 2018 Moutai@Australia brand promotion event, launched by Chinese liquor maker Moutai, kicked off in Sydney. It is the first in a series of events to be held this year to promote the brand across major international markets.

At 7:00 pm on May 30, Moutai Group held a large brand promotion event themed "Moutai China Cultural Trip to Australia" at Sydney Town Hall. The latest event launched by the group in Oceania came on the heels of similar promotional events in Russia, Italy, the US, Germany and South Africa. 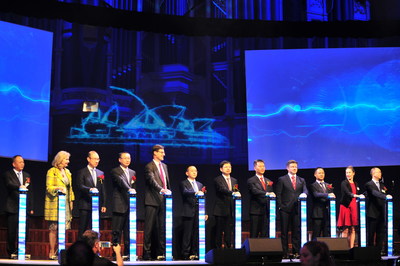 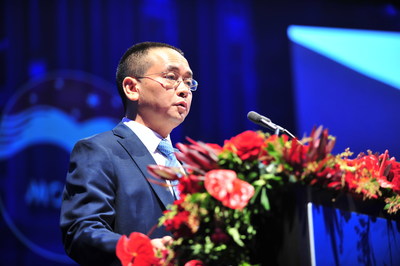 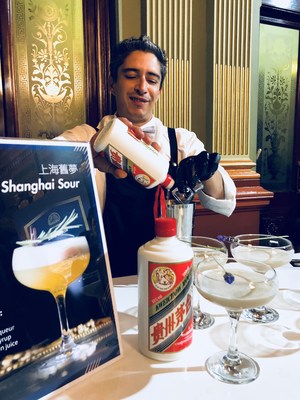 Former Australian Prime Minister Bob Hawke wrote a letter of congratulations on the launch of the event.

Hawke thanked the event organizer for the invitation and, in the letter, expressed his regret for not being able to attend in person. "I have visited China over 100 times and have long lost count of the number of times I have toasted to the relationship between the two countries with a glass of Moutai in my hand," he said.

Hawke: The long-term relationship between Australia and Moutai can be expected to continue

"When toasting the 46th anniversary of Sino-Australia relations at the event, you will realize that it relates closely to the diplomatic success of the former prime minister. In 1971, Gough Whitlam made his first visit to China, laying a foundation for Australia's existing relationship with China."

As a politician who has witnessed the development of Sino-Australia relations, Hawke looked back on the history of the friendship between the two countries and confirmed that Moutai plays an important role in the relations between China and Australia.

"Moutai dates back to the Qin and Han dynasties, so you have been able to love the liquor for hundreds of years. However, it is a new experience for us Australians."

Tong spoke on behalf of the consulate general. Moutai is undoubtedly the national liquor brand of China, behind which there are many stories. Sydney is a beautiful city and one of the most developed cities in the southern hemisphere. Moutai plays an important role in the political and diplomatic relations between China and Australia, and has contributed in large measure to the bilateral relations," said Tong in his speech that included heartfelt words of encouragement for the further development of Moutai. He looks forward to Moutai playing an important role in Sino-Australian cooperation and relations as we look forward.

Moutai has been exported to Australia for 15 years. Since the opening of its first store on Sussex Street in Sydney's Chinatown in 2003, Moutai has become an important gateway through which Australia's mainstream society has learned about and come to understand Chinese liquor culture. According to statistics, annual sales of Moutai and other brands under the Moutai umbrella in Australia have exceeded 100,000 bottles. Moutai's influence in the country has moved beyond Chinese communities and become a quality consumer product favoured by the mainstream market. Sales in Australia, a key export destination for Moutai, have risen 43% over the past two years. Moutai has a sales network encompassing a number of high-end restaurants, airport duty-free shops and liquor stores in Sydney, Melbourne, Brisbane, Hobart, Whitsundays and Perth.

Moutai is undoubtedly the king of liquor, said Victor Dominello in his speech on behalf of the Governor.

Moutai: In the context of globalization, we need to learn from the world's leading liquor makers, including those in Australia

"In the past four decades since China's reform and opening up, the economic and social landscape of the world's most populous country has not only been completely transformed, the reform has also brought about tremendous change across the global economy," said Mr. Zhang is his keynote speech at the event on behalf of Moutai Group. Moutai has begun to carry out its strategy of expanding beyond the home market for nearly a century, since winning the gold medal at the 1915 Panama-Pacific International Exposition. So far, Moutai has won 18 gold international awards, and topped international rankings by WPP, Kantar Millward Brown, Forbes and Financial Times for many years in a row. In 2017, Moutai Group's annual sales exceeded US$12.1 billion, contributed to the national treasury through taxes of over US$4.1 billion, and increased the valuation of the brand to US$23.2 billion. Its single product sales have ranked number one around the world consistently, while its brand and stock market valuations have also ranked at the top among listed liquor makers worldwide.

Zhang said affectionately: "Within the context of trade globalisation, we need to learn from world's leading liquor makers, including Australian alcoholic beverage producers, to draw meaningful  lessons in brand marketing and market expansion, so that the brand culture of Moutai can be recognized and communicated in a better way in different contexts and cultural backgrounds. In the future, we plan to build more communication platforms to allow more Australian friends understand the Chinese liquor culture. Today's gathering is a feast for Moutai and the Australian people. Here, we can remember the past and look forward to a promising future."

From inside to outside: Moutai establishes a deep connection with the World

Visitors were impressed by the dazzling array of beautiful exhibits, including the "Hundred Years" 100-bottle set, vintage bottles of Moutai that had been respectively distilled and stored for 80 years, 50 years, 30 years and 15 years, Chinese Zodiac Wine series and Soy-sauce Flavour series, in addition to Red Liquor, Health Tonic, Blueberry Wine and other Moutai specialties.

By watching the blending of Moutai cocktails and taking the opportunity to personally sample the mysterious flavour of Moutai, Australian guests will have a more intuitive experience in savouring the taste of the unique drink.

The interplay between Australian's Chinese and mainstream communities is not limited to what went on inside the event venue. Prior to the event, NSW Premier Gladys Berejiklian met the Moutai delegation and presented the award naming Moutai as a China-Australia Friendship Meritorious Enterprise.

Moutai is putting together a roadmap based on demand from overseas markets that seeks to maintain current sales levels in the domestic market while driving growth across international markets. Moutai plans to gradually optimise the overseas market portfolio based on the objective of "breaking 100 within two years, covering the whole world and leaving no area untouched". "Breaking 100 within two years" signifies establishing a marketing channel and developing a loyal fan base in more than 100 countries and regions within the next two years.

The theme "Let the world fall in love with Moutai, let Moutai go to the world" continues to make ever more sense within the context of the global development roadmap of Moutai.