TAIPEI, Taiwan, Oct. 5, 2019 /PRNewswire/ -- The 10th Golden Comic Awards were hosted by the Ministry of Culture on September 25th in Taipei. For this year's awards, some 102 entries were submitted, and 24 were selected as winners in nine award categories. This year's Comic of the Year Award went to Monday Recover for her series Pink Ribbon. In giving the award, judges said that Monday Recover exhibited a fresh new style, and showed that Taiwan's comics march to their own beat. The winning entry, they further shared, broke through limitations on comics for girls, and provoked a strong response among readers. It caused quite a stir, and showed the potential of the younger generation of comic artists. 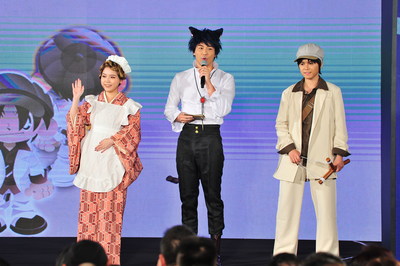 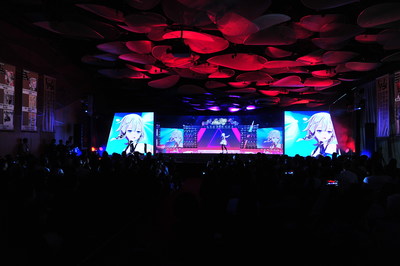 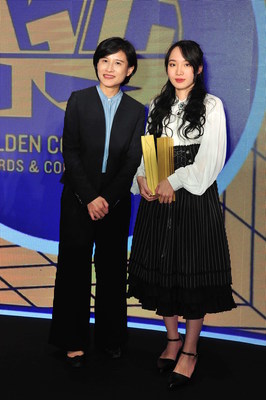 The Special Contribution Award this year went to Yu Lung-Hui. He, and winner of the 2017 Special Contribution Award Hsu Mao-Song, are together the Castor and Pollux of martial arts comics in Taiwan. Yu is one of the most influential martial arts comics creators of the 1960s. His works are pivotal to the development of Taiwan's comics, and have been developed into television series and films. Upon receiving the award, Yu said that 50 years ago, comics were seen as a scourge of the youth; today, the government has established a national award for the art form, and is actively promoting it. He then expressed thanks to the Ministry of Culture for its support of comics. He also shared his experiences with comic exhibitions at the Taiwan Comic Base, and that he believes that with the MOC's continued support, Taiwan will produce more world-class comics.

On the day the GCAs began, Minister Cheng Li-Chiun was occupied with the legislative review of an act to establish a center for film and other audiovisual productions. As a result, Vice Minister Hsiao Tung-Huang hosted the 10th GCAs in her stead (The Minister made an appearance later during the ceremony to thank and encourage comic artists and creators.). At the event, he said that comics were a peerless art form as they combine both narrative and images, and can help readers push the limits of their imaginations. Taiwan's comic artists offer readers a neverending visual feast with their creations. In recent years, comics have become a bleeding-edge force for cross-disciplinary cultural adaptation. For example, Wellspring Theater recently hosted the dance performance Hades Apocalypse, a production based on The Apocalypse of Darkness Warfare and Salah-D's Hades Protocol. Ruan Guang-Ming's Yong-Jiu Grocery Store has been brought to the small screen, and a pop-up store based on the work was opened at the Huashan Culture and Creative Park in Taipei. The runaway success of this comic, which features scenes from Jiayi County, has led to that locale becoming a much-favored tourist destination among Instagrammers.

Deputy Minister Hsiao shared that over the past four years, with the support of President Tsai Ing-Wen and the Executive Yuan, the Ministry of Culture has forged ahead to provide funds, space, and organizational support for comics. The government drafted a special infrastructure bill and invested over NT$640 million over three years in anime, comics, and games. This omnibus package includes NT$320 million for a Comics Guidance Fund being invested from 2018 to 2020. Thanks to this funding, over 80 works have been published to date, and applications are being accepted for the third year.

This year, the MOC is also implementing guidance funding for animations, and a fund for comics research, it is also enriching people's interest in the history of local comics. More, the Taiwan Comic Base launched this year to great fanfare: finally, comics in Taiwan have a place to call their own. To date, 10 teams of creative artists have taken up residence at the Base in three stages. Business matchup meetings have also been hosted here, resulting in, among other things, comic artist Zuo Hsuan signing a contract to sell the audiovisual rights to Rites of Returning, which is set in Daxi Township in Taoyuan County.

This year, the MOC also launched an IP Content Lab. The Lab features 4D-Views motion capture technology, a powerful instrument for special effects and post-production personnel. The Lab opens up new possibilities for adapting comics into visual, augmented reality, virtual reality, and other forms of content by bringing elements of comics once impossible to recreate into reach. The recently launched Taiwan Creative Content Agency (TICCA) will create financing mechanisms to spur a flourishing of cross-disciplinary cultural content. The government will work to create distribution channels, freeing up comic artists to focus on refining their craft, in the hope that this art form will continue to grow in a free atmosphere and shine on the global stage.

This year's GCAs continued on past precedent to serve as a platform for developing Taiwan's comics into a global brand by including extensive time for meetings and exchanges. Symposia, business matching events, and other exchange events are helping to spur a greater interest in Taiwan's comics by readers at home and around the world.

Attendees at the award ceremony were treated to the croonings of the award-winning singer Lee Chien-Na, and introduced to the latest member of Vtuber, LanCee, who interacted with the audience and sang the GCA theme song. Vtuber has received strategic planning guidance from the TICCA, and is a successful example of how comics, technology, and music can come together. Comics also informed the arrangement of the GCAs, with Scrolls of a Northern City's author Ming Hu, who virtually leads guests through a film showcasing the nominees. At the end, Ming Hu appeared in the flesh to present an award!.

The 10th Golden Comic Awards will be broadcast October 12 at 5 p.m. on Taiwan Television System. The organizers hope everyone will continue to support the development of Taiwan's comics and their idealistic creators!

SOURCE Ministry of Culture of Taiwan (Republic of China)